Apple recently released iOS 4.2 Bata 3 for iPhone, iPad and iPod touch for the developers. The second beta of iOS 4.2 was released on 28th September which had new features like new multitasking animation for apps and Game Center badge in the App Store. The build number of this version is 8C5115c. iOS 4.1 beta 3 is of 550MB for iPad , 626MB for iPhone and 618 for iPod touch. 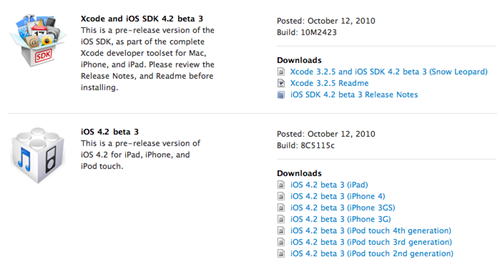 Is is expected that Apple will launch iOS 4.2 in November and looks like they will release it on time as they are throwing out new betas quickly. iOS 4.2 beta 3 has some new features: