The latest WhatsApp beta for Android includes avatars. Similar to Apple’s Memoji and Snapchat’s Bitmoji, WhatsApp’s avatars will allow users to create and customize their own personal emoji. The functionality is currently in development and will likely be released to the general public on iOS and Android in the coming weeks.

Ability to create avatars on WhatsApp in development

As reported by WABetaInfo, WhatsApp beta for Android 2.22.23.8 and 2.22.23.9 include avatars. These personal emojis can be sent as stickers in conversations, allowing users to express themselves even further.

As we can see in the screenshots provided by the publication, WhatsApp beta for Android offers an Avatar tab that allows users to create and edit their avatars. In addition, users can also set their avatar as their profile photo on the app. 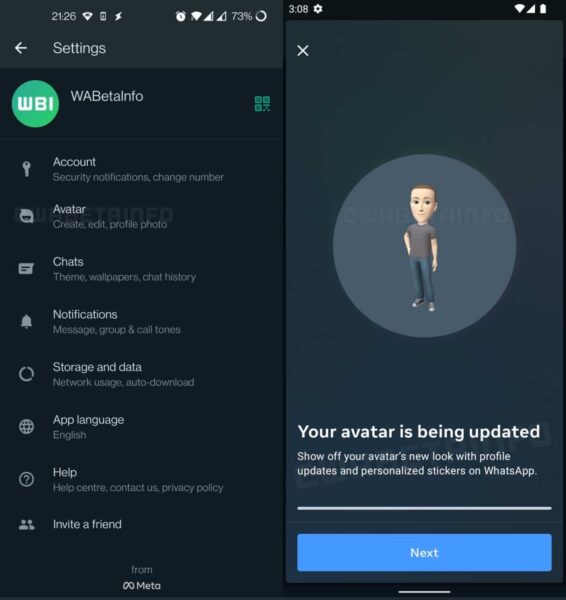 Once an avatar is created, WhatsApp will automatically create a new sticker pack which can be used instantly in conversations. As we can see from the screenshots provided by WABetaInfo, the sticker pack includes a bunch of different reactions fit for any mood. There is a birthday sticker, a crying sticker, a sticker with heart eyes, and more. 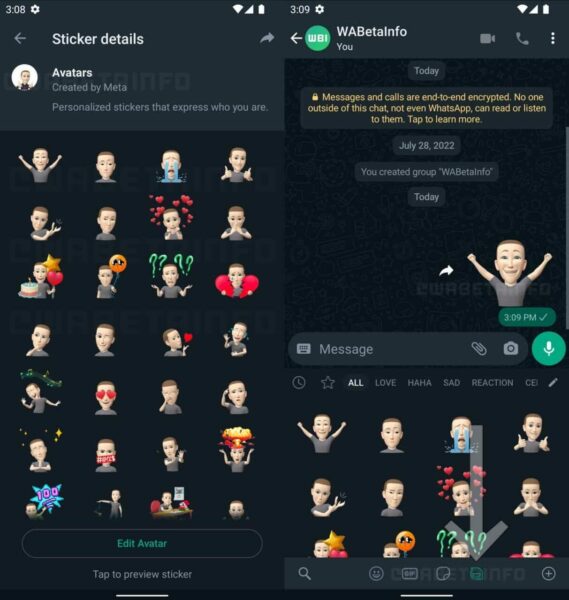 As of right now, the ability to create an avatar on WhatsApp has only been released to select beta testers. If you have access to WhatsApp beta for Android, download the latest version of the beta from the Play Store. Then, access WhatsApp Settings and create your avatar. Note that since the feature is in development, it may not work as smoothly as it would in a stable release.

WhatsApp will likely expand the beta test for avatars to iOS in the coming future. Following that, the feature will be released to the general public in a future WhatsApp update.