The latest update for Meta-owned WhatsApp adds several new features for group chats from today including in-chat polls, support for 32-person video calls, and more. The company is also globally rolling out Communities with the latest update.

WhatsApp describes its Communities features as a place where ” neighborhoods, parents at a school, and workplaces can now connect multiple groups together under one umbrella to organize group conversations,” on the platform.

To use Communities, users can tap on the new tab for the feature which can be found at the top of their chats on Android and at the bottom on iOS. From there, users can create a new Community or add existing groups. The company notes that users can easily switch between available groups to get the information they need by switching between available groups. Lastly, admins can send important updates to all members added to a Community. 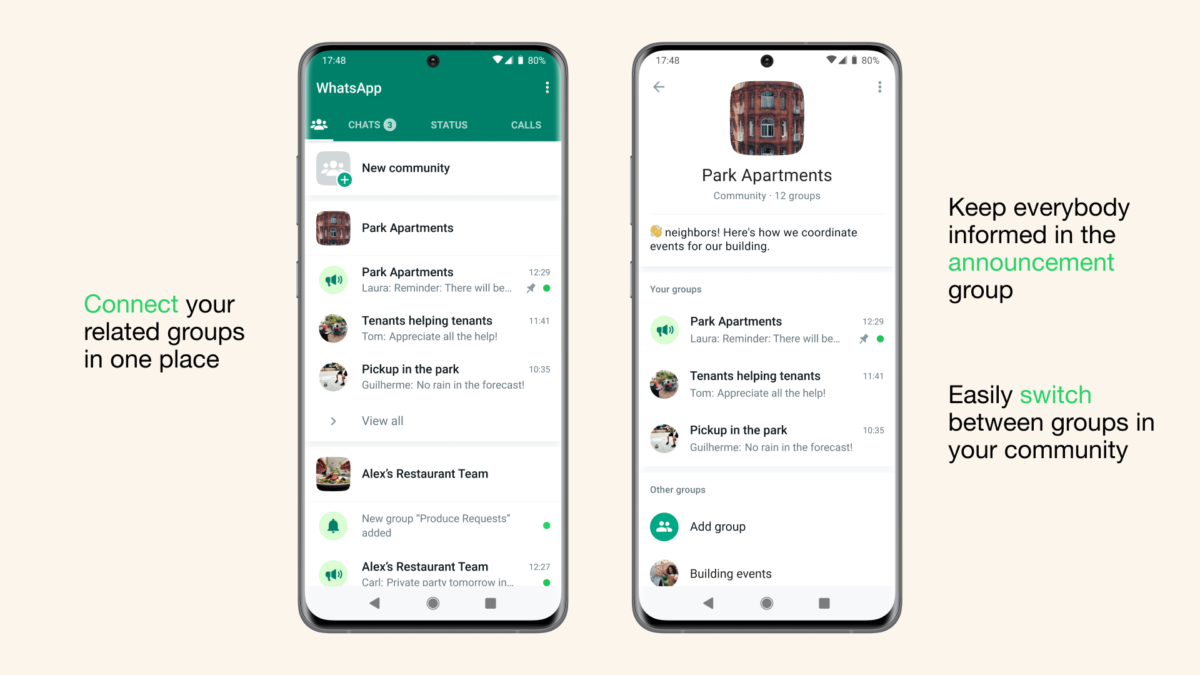 The platform has also doubled the maximum participant limit for group conversations from 512 to 1024 users. With the latest update, WhatsApp also offers video calls with up to 32 users. 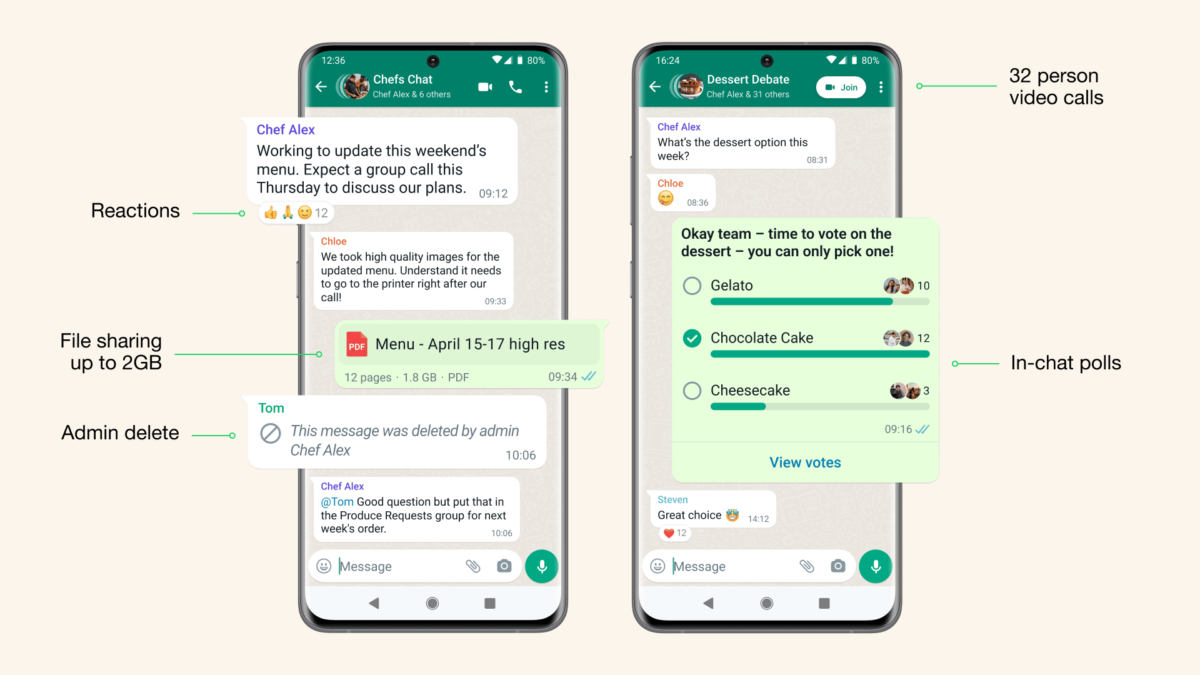 Also related to group chats, the company has been testing a feature called “Past Participants,” which will allow users to search and view the information of group members who were removed from a group or left it in the past 60 days. It is also testing the addition of profile photos for users within group chats. This is meant to help discern who is sending a message in a group conversation – which sounds particularly helpful for group chats with a large number of participants.