If anybody is waiting for the launch of white iPhone 4 then he would have to wait till the end of this year to get one as Apple is having manufacturing issues with  it. 9to5mac has shared an unboxing video of a white iPhone 4 which appears to be original. By looking at the its LED flash in the video, it seems to be a legit iPhone 4. 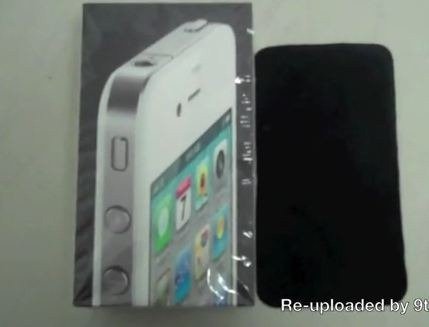 All things shown in the video make us believe it’s authentic. It also has a SIM ejection tool which shows that it may be an international model which was scrapped by Apple after they found defects in it. We have some doubts about this video because we have seen many fake images of the white iPhone 4 but which turned out to be black models with white casings.

You be the judge.