HP had announced their Windows 7 based HP Slate even before the iPad was announced but for some reason they killed the that device. After HP’s buy out of Palm, we are now hearing about a WebOS Tablet by HP since some months. Now HP has finally confirmed that they will launch their WebOS Tablet in early 2011. May be that was one of the reasons why HP bought Palm and then kill their Windows 7 based tablet. 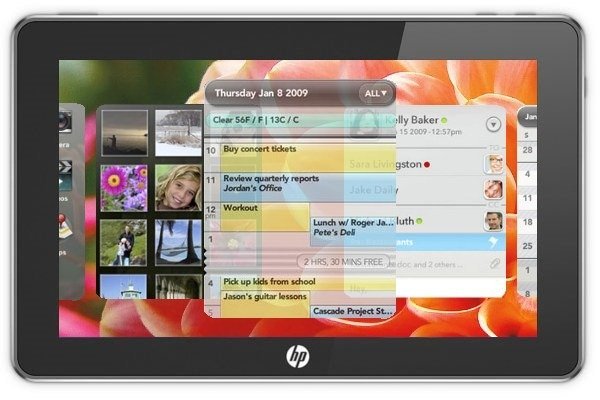 HP’s Todd Bradley told investors and analyst while responding a question about their slate device.

You’ll see us with a Microsoft product out in the near future and a webOS-based product in early 2011.

Things are getting really interesting in the tablet world as many big companies have announced that they are working on their tablet devices. Cisco is working on their tablet which will have video conferencing features. Verizon and Google also said that they will unveil their tablet in 2011. And we have also seen some Windows 7 based tablets which might launch by the end of this year provided that they don’t get killed too. Samsung will also unveil their Android based Tablet with AMOLED display next month called Samsung Tab.

While most tablets will launch next year, Apple’s iPad has succeeded in creating a new product category. Apple may launch a smaller iPad later this year.

Can HP’s WebOS Tablet be an iPad Killer or the iPad will continue its dominance in the tablet world?