With the release iOS 4 for iPhone and iPod touch, a lot of new features were introduced. Sadly, while these features didn’t make it to iPhone 3G and iPod Touch 2G because of their low hardware specs, iOS 4 slowed down these devices terribly. These devices performed much better and faster with iOS 3.x installed. Last month Apple has mentioned that the company is looking into the problems that are slowing down iPhone 3G. Apple CEO Steve Jobs has confirmed in a new email that the company will soon issue a software update to solve the issue with iPhone 3G’s performance on iOS 4. 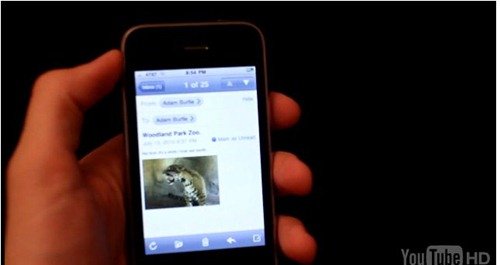 This email was in a response to an email sent by a customer who was not happy with the performance of iPhone 3G with iOS 4 and called it a “slow dog” as he was having having slow responses while scrolling, zooming and typing with the phone.

I’ve waited patiently through 4.0.1 and 4.0.2, looking for a fix that will make my phone work again. I’ve read the forums that advise me to jailbreak my phone or use some other method so I can downgrade back to a version of iPhone 3, however I’m not prepared to use a method that is not supported by Apple.

Jobs did not mentioned when the update would come for iPhone 3G. May be he was referring to iOS 4.1 which is currently in testing phase. Reports indicate that performance of iPhone 3G is little bit better with betas of iOS 4.1.