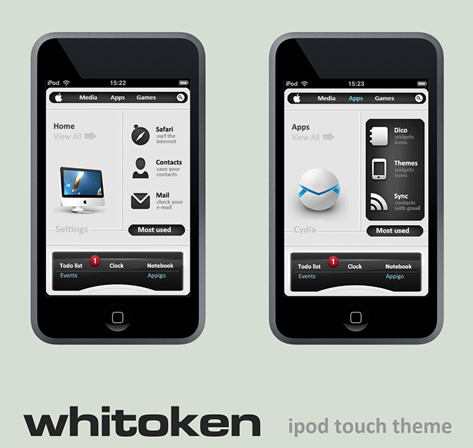 6mik-design from Deviant Art is creating Whitoken which can be simply described as the best looking theme for the iPod Touch or the iPhone. Right now he’s got the mock up ready and is expected to release it later today for the iPod Touch while the iPhone version will follow soon. That’s not all, he’s got another theme iaqua underway.

The theme shows the most an important application as the big icon and three most used applications in ther right panel. By clicking view all, other apps can be accessed. The other theme works in the same way but has a black color scheme and different icons as shown below. He has even made it on Gizmodo so it better not be fake. :)

It’s planned to be released as a beta soon as some bugs are worked out which could be today or tomorrow. I’ll be posting about it as soon as it’s released with installation instructions. Stay tuned!

Update: The theme has been released, and I’ve written a complete guide on how to install it here. 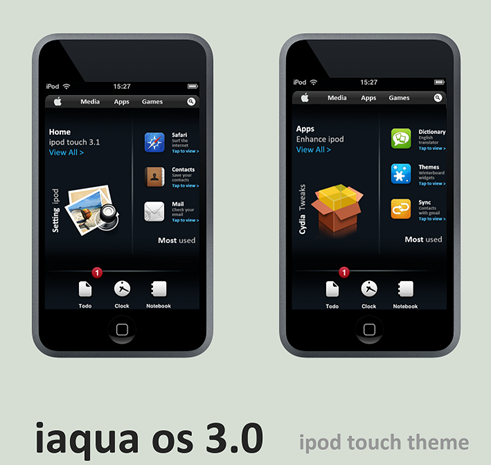 Apple hit the market cap of $2 trillion on Wednesday, the company has successfully managed…

Apple is extending the purchase window for U.S. and Canadian customers to buy AppleCare+ warranty…