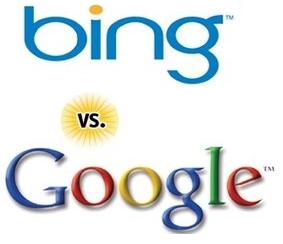 The question which is in the mind of many people is “Will Bing become a better search engine then Google after it enter in a deal with Yahoo!? We don’t know that yet but the Search and Advertising deal between Microsoft and Yahoo has been cleared by the European Commission and US Department of Justice. Many people believe that Bing will be able to compete with the search engine king, Google, once the deal is finalized.  According to DOJ, “This enhanced performance, if realized, should exert correspondingly greater competitive pressure in the marketplace”.

According to the 10-year deal between Microsoft and Yahoo!, Microsoft will be taking over Yahoo’s algorithmic and paid search  platforms while Yahoo will handle other duties for other segments related to sales-relationship duties of both companies’ online search advertisers. But this doesn’t mean that Yahoo! will be completely out of service, it will continue to offer its own branded content and applications like it’s doing now.

Let’s wait and see what the two search engines companies comes up and will they ever be able to beat Google? What are your opinions?