Free-to-play games are all the rage nowadays on smartphone and tablet platforms. While they are free for users to download, install and play, progression is normally very slow. Ask any gamer how long it took to reach a high level at any particular game, like Clash of Clans, and the answer will probably be in months or years. An alternative, or official way to cheat at these games is to spend money. Lots of money. 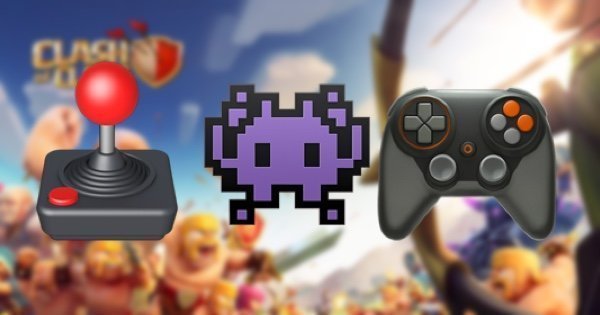 Of course, free-to-play games exist on PC and consoles too but with smartphones, you can have quick gaming sessions anywhere, at your own convenience. Unless you are willing to spend thousands of dollars to upgrade everything in your choice of freemium game, you need to learn to be patient and avoid getting addicted and letting the game own you. Here are some ways in which I play these freemium mobile games without spending a dime or wasting too much time on them.

The biggest mistake that player make when approaching mobile gaming is to think that they can complete goals, reach the end and achieve satisfaction in a few sittings. That’s wrong. The purpose behind free-to-play games is to create a scenario where the gamer is always running after certain ‘goals’. The gamer is never supposed to reach them. If the gamer has certain goals in mind, a new update for the game will add more levels, cards, chests and feature. Every upgrade will take longer than before and keep the gamer coming back for more. During these return visits, the chances of the gamer getting frustrated and impatient enough to spend money increase. Don’t fall for it. There is no end to these games so you should not look for one either. There’s no point in hurrying to achieve completion in the game.

Compare this to console games which, despite paid content, let you complete the game and move on with your life. This is one of the reasons people love Nintendo Switch. It has complete console level games in a mobile/TV console hybrid, which you can actually complete.

Avoid spending money unless you are really sure

Unless you do not have anything else to do in life, there is no point in spending money in free-to-play games. You might get some quick boost but then what’s next? You will have more targets to achieve. The next chest might have better unlocks. There will be better cards with improved performance so you can be the best in your guild or clan. Stop right there and don’t make that in-app purchase for that subscription. It is not worth it.

Buying quick upgrades or subscriptions in these games is like running after a mirage. The gamer reaches there only to find out that the princess is in another castle. And unlike Mario games, you are never going to reach that final castle which actually has the princess.

Go ahead and watch those pesky ads instead that most games offer you, in return for freebies. I normally play those ads and do something else to get the free stuff. Play the game, don’t let the game play you for a fool.

Coming from a guy who also plays these games, it might sound crazy but hear me out. I never spend more than 5 – 10 minutes per gaming session. Here is my routine in a game like Narcos:

After this, I return to the game later in the day maybe during my lunch break at work. There is no point in coming back to it again and again. The game clearly tells me how much time it will take for the upgrades to complete so why bother? Think of this routine as some switches that you need to flip regularly but you don’t need to stand there until the next time. You know how much time you need in between so use that to your advantage.

Never. Enable. Notifications. They will distract you. They will bother you at night. There is no good excuse to enable notifications. Even if you somehow enable them, make sure that your screen does not go on when a game notifies you and your phone does not beep either. Keep them as silent as possible so that they stay in your notifications center but do not demand your instant attention.

This goes without explaining. Free-to-play games have been designed around a formula that plays with your psychology. These games give you illusions of achievements that are temporary. Just unlock that chest and you understand that you are still in a process to reach somewhere in the game. There is no end to it.

But, in real-life, you have goals. Things to do. Objectives to complete and achievements to earn. Do not let these free games distract you from what is more important.

In case you are wondering, I often play these games: Clash Royale, Narcos, Dominations, Mini Guns and Titanfall Assault. Add me at: imhassan