WWE Smackdown vs. Raw is one of the most popular games on the Playstation consoles. Thanks to THQ, it has finally made its way to the iPhone and iPod Touch, albeit in a very light weight manner. With just 11 superstars from Raw, Smackdown and ECW, you’ll feel like a lot is missing – and it definitely is. The game weights in at just 12.8MB in times when games like Need for Speed Shift are around 197MB in size, so as said earlier, a lot is lacking. 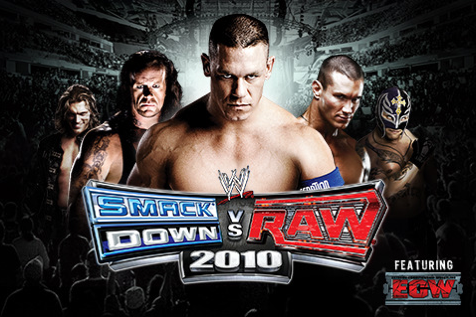 But let’s focus on what is in the game. WWE Smackdown vs Raw 2010 has 6 different WWE arenas. The gameplay is good enough for a small screen, although it has a small learning curve to it. A lot of customizations such as new clothes, accessories, tattoos, signature moves and fighting capabilities keep you interested. A career mode is included which gives different choices and options throughout. And as expected, the superstars look like their real life counterparts and also have their signature moves. 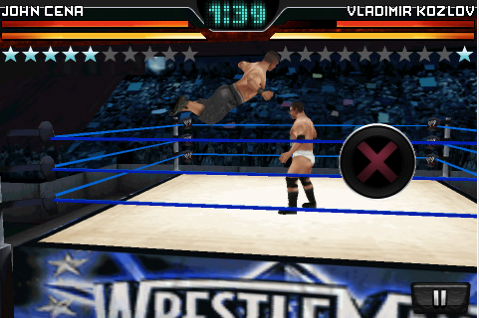 I’ll again stress the fact that this game should have been much bigger in terms of a number of superstars since it carries the large WWE brand with its name. Lack of multiplayer or any sort of online connectivity or rankings is also a negative aspect of the game. But with the likes of the Undertaker, John Cena, Batista, Randy Orton, Edge, Ray Mysterio and many more top superstars in WWE Smackdown vs Raw 2010, this is a must have game for every WWE fan with an iDevice. 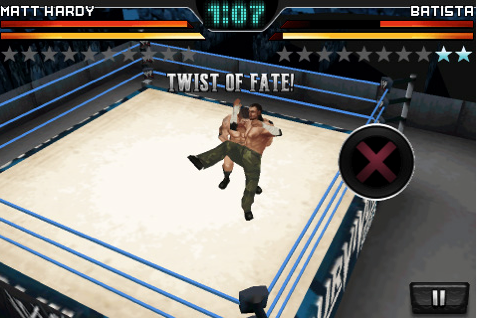