Good new for iOS users owning Xbox 360 as Microsoft has replaced their Xbox Live app for iOS with Xbox SmartGlass app. SmartGlass was announced by Microsoft back in E3 2012 for iOS and Android devices. The Android version was released a few weeks ago. Using SmartGlass iOS app, users will be able to control their Xbox 360 consoles using touchscreen swipes and the controller buttons assigned to corners of their device screen.

Once the app is launched, it shows five different screens to swipe through which includes Bing search, home, social, recent, and discover. Just like its Android counterpart, users can interact with their Xbox 360 to track and compare their achievements against their friends, edit their profile, navigate the interface and search content. 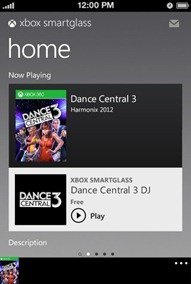 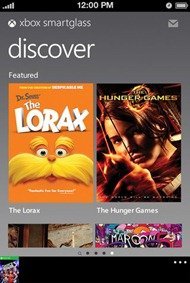 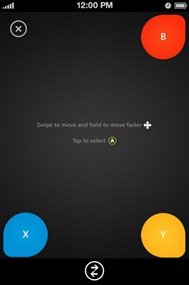 Additionally, users will be able to chat with friends and customize their avatar, play, pause, fast forward, rewind, and stop videos and music on their Xbox 360 and browse the Internet on their console using their iOS device.Check out official demo video below to learn more about Xbox SmartGlass:

The app is available for free download in App Store but unfortunately, it isn’t optimized for iPhone 5’s 4-inch screen yet.