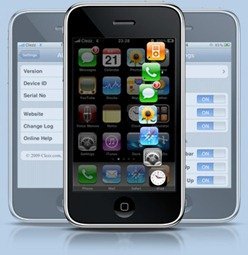 Multitasking solutions for the iPhone are some of the most popular apps in Cydia nowadays. Based on Backgrounder, these apps let you minimize running apps as well as switch between them. Multifl0w brought the Palm Pre style app switching to the iPhone albeit with a price tag. ProSwitcher, an open source app provides the same features as Multifl0w for free. Dock is yet another app for jailbroken iPhone and iPod Touch that not only allows app switching but also lets you add shortcuts to apps which can be launched from any other iPhone app. It tries to mimic the functionality of the Dock in OS X to some extent.

• Multi-task manage,background app quickly switch.
• Customizable app shortcuts, you can add many apps as shortcuts.
• Quickly open an app and quickly switch between apps, in the lock-screen can also be operational.
• More than one way to show Dock,double tap Statusbar,short hold Statusbar,double tap home button,short hold home button,left/right corner slide up, QuickDo gestures.
• A variety of display, rotating icons and does not rotate.

In my usage of Dock for a day now, I’ve found it to be very unstable. It crashes a lot during app switching and puts my iPod in Safe Mode. When it works, though, it’s fast and very useful as you don’t have to minimize your current app to launch another of your favorite app. Dock also integrates with QuickDo which provides virtual home and power buttons as well as other features. 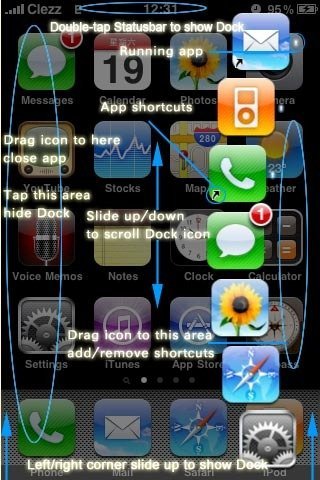 Apart from that, there are no previews of running apps as with ProSwitcher or Multifl0w, which doesn’t make it the best choice. Couple that with a high price tag of $4.99 compared to ProSwitcher available for free and you might have another reason to not go with Dock. But if an OS X like Dock is your thing, give it a try.

Dock is available in Cydia and Rock for 3 days free trial. No need to add any repository, just search for it. You’ll need a jailbroken iPhone/iPod Touch to try Dock. Check our guide on how to jailbreak iPhone and iPod Touch OS 3.1.2 with blackra1n.