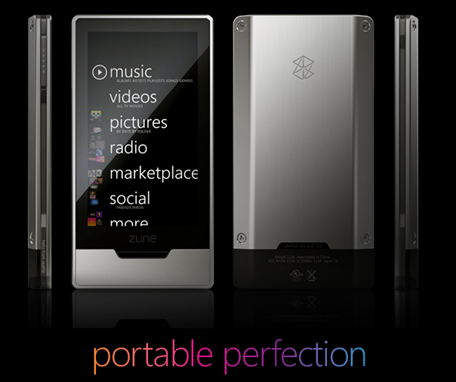 The Zune team members have confirmed that the Zune HD has the Nvidia Tegra chip during a Zune Insider podcast number 24. At 18:30 into the podcast, Matt Akers confirms that the chatter going on about the Tegra in the Zune HD is true. Here’s what he says:

We actually want to confirm something. There’s a lot of chatter going on about us possibly putting the Tegra chipset in the Zune HD. And Guess what we did right? Ok, right now, we’re going to go ahead and confirm that. Yes, the Zune HD does have the Tegra chip in it, which is so sick. So much better battery life, graphics acceleration. I mean, this thing is like a mini laptop in your hands.

So, there you go folks. We’ve got a powerful beast of a portable media player coming in the form of Zune HD from Microsoft! Looks like the iPod Touch may have some tough competition after all.