Today, Zoom has announced the arrival of end-to-end encryption support for video calls on their platform. Starting from next week, free and paid accounts will be able to hot secure audio and video meetings with up to 200 participants on the network.

We announced in May our plans to build an end-to-end-encrypted meeting option into our platform, on top of Zoom’s already strong encryption and advanced security features. We’re pleased to roll out Phase 1 of 4 of our E2EE offering, which provides robust protections to help prevent the interception of decryption keys that could be used to monitor meeting content. 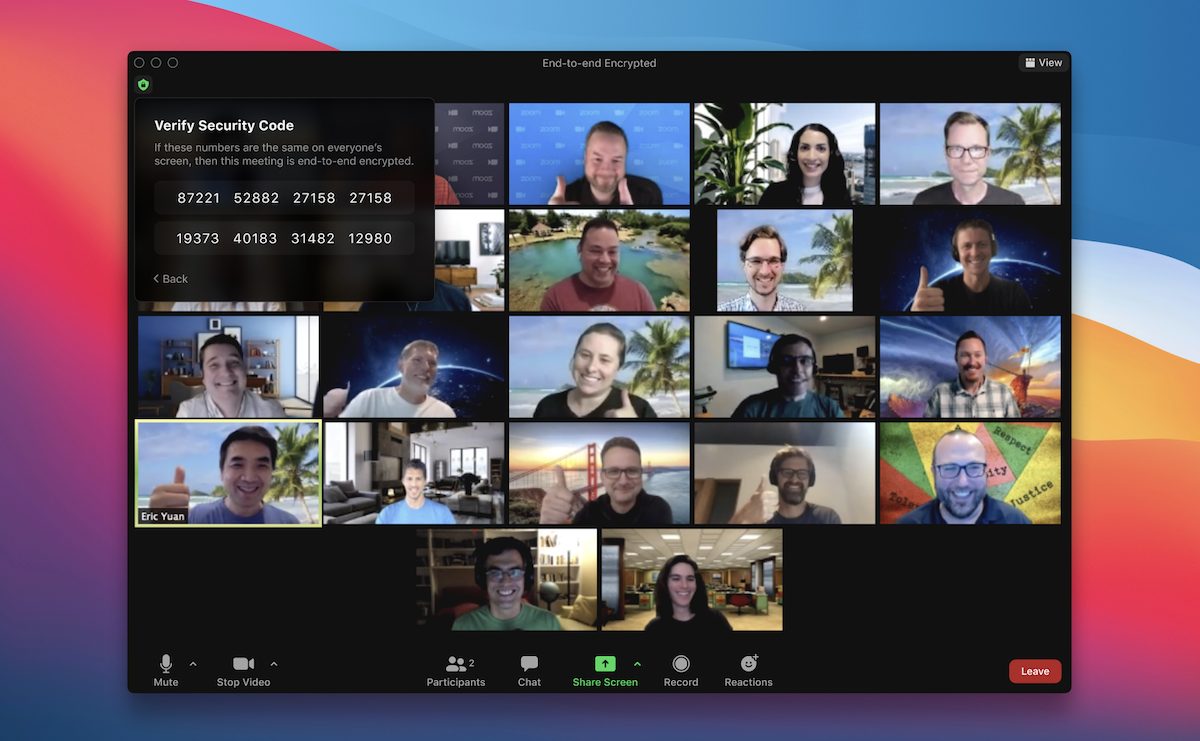 As per the announcement, Zoom’s end-to-end encryption (E2EE) will available as a technical preview and the company will be taking users’ feedback for the first 30 days. Hosts will have to enable E2EE meetings at the account level and select it for every video meeting in the Settings menu.

A green shield logo of a padlock in the top left corner of the meeting screen will verify that users’ video calls are E2EE. The participants can see the host’s security code to verify the secure connection. In addition, the host can share his/her security code with participants.

In May, GCM encryption was introduced on the platform that was designed to provide data confidentiality and authentication. That encryption algorithm is a stream cipher that generates a unique initialization vector, authentication tag, and ciphertext for each stream to ensure data protection. Thus, making it an ideal choice for video calls or conferences.

“End-to-end encryption is another stride toward making Zoom the most secure communications platform in the world. This phase of our E2EE offering provides the same security as existing end-to-end-encrypted messaging platforms, but with the video quality and scale that has made Zoom the communications solution of choice for hundreds of millions of people and the world’s largest enterprises.”

Protecting user privacy and security has been challenging for Zoom. After the app gained unprecedented attention and daily active users worldwide, since the outbreak of the COVID-19 pandemic, the platform faced major issues like security breaches, selling of users accounts on the dark web, and Zoom bombing. Fortunately, the service took a little longer but it worked on making its platform secure. Throughout the year, the service released new updates deliver a secure experience like reporting intruders, improving security interface and hiding Meeting IDs by default, and enabling virtual waiting rooms and meeting passwords by default to stop trolling.