Apple executives discussed the performance headroom of the new iPad Pro with the M1 chip, its Liquid Retina XDR display, comparison between iPad Pro and Mac, and Center Stage, in a new interview with TechCrunch. 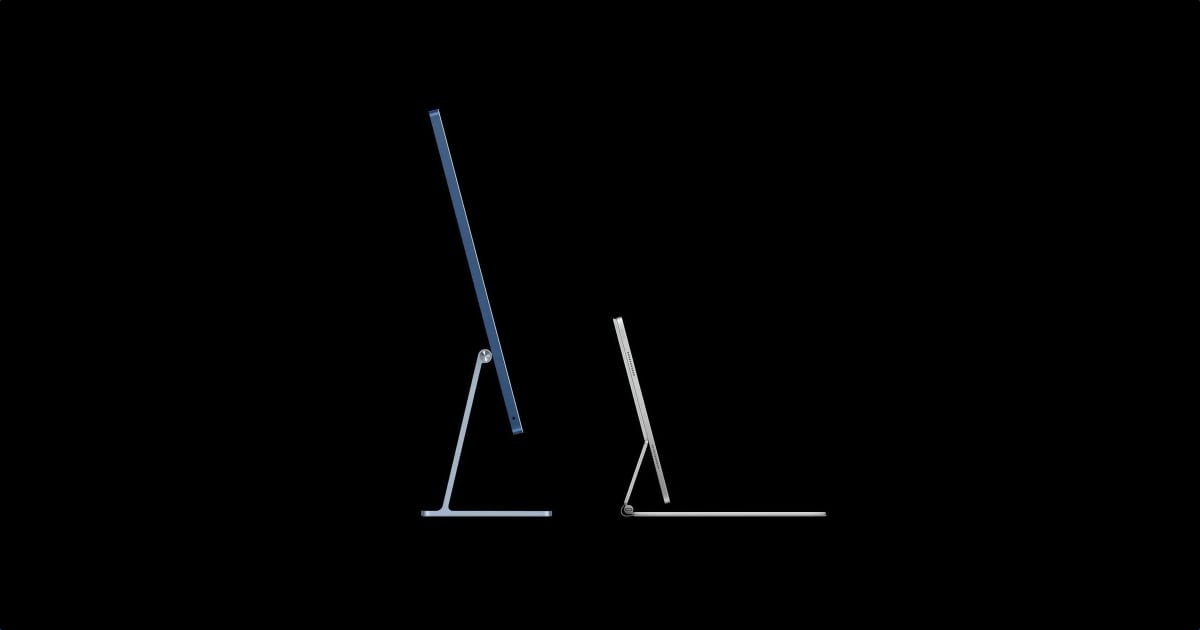 Apple announced a bunch of products during its Spring Loaded event earlier this week which included Apple Card family sharing, AirTag, Apple TV 4K, iPad Pro, and iMac. Out of all of these products, the iPad Pro seems to have the biggest improvements that one could call “overkill” because its software holds it back. Despite featuring the same powerful M1 chip that Apple’s newest Macs have, there is always a looking question mark over iPad’s utility and the various ways in which it overlaps Mac’s functionality but also lags behind at the same time.

The good thing is that TechCrunch’s Matthew Panzarino asked the questions that we have all been discussing on the Internet. The first question revolved around the mini-LED Liquid Retina XDR display, that outshines any other display that Apple creates for iPhone or Mac. It even offers better brightness than Apple’s $5,000 Pro Display XDR. Apple’s Senior Vice President of Hardware Engineering John Ternus explained:

“We’ve always tried to have the best display,” says Ternus. “We’re going from the best display on any device like this and making it even better, because that’s what we do and that’s why we, we love coming to work every day is to take that next big step.

“[With the] Pro Display XDR if you remember one thing we talked about was being able to have this display and this capability in more places in the work stream. Because traditionally there was just this one super expensive reference monitor at the end of the line. This is like the next extreme of that now you don’t even have to be in the studio anymore you can take it with you on the go and you can have that capability so from a, from a creative pro standpoint we think this is going to be huge.”

Addressing the performance improvements that are now available on 2021 iPad Pro with the M1 chip, increased memory, 5G and more, Apple’s Senior Vice President of Worldwide Marketing Greg Joswiak said that the additional headroom allows developers to take advantage of it by offering apps such as Photoshop.

“One of the things that iPad Pro has done as John [Ternus] has talked about is push the envelope. And by pushing the envelope that has created this space for developers to come in and fill it. When we created the very first iPad Pro, there was no Photoshop,” Joswiak notes. “There was no creative apps that could immediately use it. But now there’s so many you can’t count. Because we created that capability, we created that performance — and, by the way sold a fairly massive number of them — which is a pretty good combination for developers to then come in and say, I can take advantage of that. There’s enough customers here and there’s enough performance. I know how to use that. And that’s the same thing we do with each generation. We create more headroom to performance that developers will figure out how to use.

“The customer is in a great spot because they know they’re buying something that’s got some headroom and developers love it.”

“This is one of the examples of some of our favorite stuff to do because of the way it marries the hardware and software right,” Ternus says. “So, sure it’s the camera but it’s also the SOC and and the algorithms associated with detecting the person and panning and zooming. There’s the kind of the taste aspect, right? Which is; how do we make something that feels good it doesn’t move too fast and doesn’t move too slow. That’s a lot of talented, creative people coming together and trying to find the thing that makes it Apple like.”

With regards to the elephant in the room as to whether Apple will merge iPad and Mac, Joswiak said that this not happening. The company is simply trying to make the best products in both categories.

“This is my favorite question because you know, you have one camp of people who believe that the iPad and the Mac are at war with one another right it’s one or the other to the death. And then you have others who are like, no, they’re bringing them together — they’re forcing them into one single platform and there’s a grand conspiracy here,” he says.

“They are at opposite ends of a thought spectrum and the reality is that neither is correct. We pride ourselves in the fact that we work really, really, really hard to have the best products in the respective categories. The Mac is the best personal computer, it just is. Customer satisfaction would indicate that is the case, by a longshot.”

In terms of iPad’s features overlapping Mac’s features, Ternus said that Apple does not think of it like that. The company is happy for people to work on both, or either one of them, based on how it suits their usage.

“Contrary to some people’s beliefs, we’re never thinking about what we should not do on an iPad because we don’t want to encroach on Mac or vice versa,” says Ternus. “Our focus is, what is the best way? What is the best iPad we can make what are the best Macs we can make. Some people are going to work across both of them, some people will kind of lean towards one because it better suits their needs and that’s, that’s all good.”

Check out the complete interview over at TechCrunch for more interesting details regarding the new 2021 iPad Pro.