Yesterday, Apple announced their new App Store development agreement and guidelines that ease the number of restrictions on App Store app development which also includes a relaxed policy on third party development tools. In response to this change, Adobe has mentioned that they will again start working on for their Packager for iPhone tool in Flash Professional CS5 which will allow developers to export their Flash projects in native iOS format. 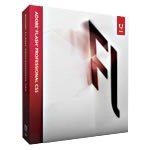 Apple’s announcement today that it has lifted restrictions on its third-party developer guidelines has direct implications for Adobe’s Packager for iPhone, a feature in the Flash Professional CS5 authoring tool. This feature was created to enable Flash developers to quickly and easily deliver applications for iOS devices. The feature is available for developers to use today in Flash Professional CS5, and we will now resume development work on this feature for future releases.

The company also said in a statement yesterday :

We are encouraged to see Apple lifting its restrictions on its licensing terms, giving developers the freedom to choose what tools they use to develop applications for Apple devices

Adobe had previously announced that they would stop development of Flash-to-iPhone compiler because of the change in the pervious license agreement for App Store Development.

Adobe also says that the developers who have used their Packager for iPhone to create apps from Flash Projects are already noticing that Apple is approving them for App Store. Now, Abobe will continue to work to bring Flash Player 10.1 to web browsers as well as standalone applications.