Stefan Esser, a security analyst from Germany is reportedly working on a new jailbreak tool known as antid0te for iPhone, iPod touch and iPad which will bring enhanced security to all jailbroken iOS devices as compared to any other jailbreak tool available currently (redsn0w, PwnageTool, limera1n, greenpois0n). Stefan in an application developer for SektionEins and is looking to implement ASLR (Address Space Layout Randomization) in his upcoming antid0te jailbreak tool. 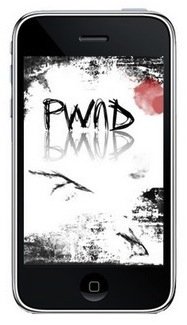 “This enables users with jailbroken iPhones to create their own set of dyld_shared_cache files that have completely different library load addresses from every other iPhone in the world. This is already a better ASLR than what exists on Snow Leopard because different applications can use different shared caches and therefore different load addresses.”

With successful implementation of ASLR, jailbroken iOS devices will be a lot more protected against malware. Antid0te is expected to be announced next week at Power of Community security conference in Korea which will be held on December 14th.

Stay tuned, as we’ll let you know as soon as this new jailbreak tool hits the scene.

[via The Register UK]