Popular Apollo for Reddit iOS app is updated to version 1.10.6 with several new features like Family Sharing support, custom Home Screen icons, follow users option, and more. Reddit is a social media platform that includes news aggregations, web content, and discussion forums. Users upload images, videos, discussion topics of a variety of topics and links on the app, and other members comment, up and down the shared content.

Apollo for Reddit iOS app is built for quick and easy navigation on the main Reddit platform. It offers features like customizable gestures, jump bar, and media viewer to browse Reddit. Now the app has been updated with more features to enhance the Reddit experience.

All new features and improvements in Apollo for Reddit iOS app

Here are the release notes:

– A BUNCH more custom home screen icons, two new Ultra ones (both by the awesome Matthew Skiles), two new community icon pack ones (by berrymetal and johnnysilverpaw), and a BUNCH of secret ones included in Pro as well. (Reminder: Apollo Ultra includes all of them!) See if you can find them all! A bunch of them are homages to some of my favorite video content creators.

– Apollo now supports Family Sharing across all in-app purchases and subscriptions, so if you have a family member wanting to get in on the Apollo goodness they easily can now!

– Added back option to open Reddit links on your clipboard in Apollo. It’s off by default but you can enable it in Settings > General

– Added option to hide usernames in Share as Image (sometimes subreddits ask you to hide them when sharing, or sometimes people just have weird usernames)

– Also in Share as Image you can now share link posts and it’ll include the cute little thumbnail and everything!

– Added support for Reddit’s new “awarder and awardee” karma that you get for giving and receiving awards. If you tap your/another user’s karma header in their profile it will detail it.

– Added support for Reddit’s new “Snoomoji”. It seems to only be a test in a few subreddits, but you’ll be able to see little Reddit style emoji in comments. 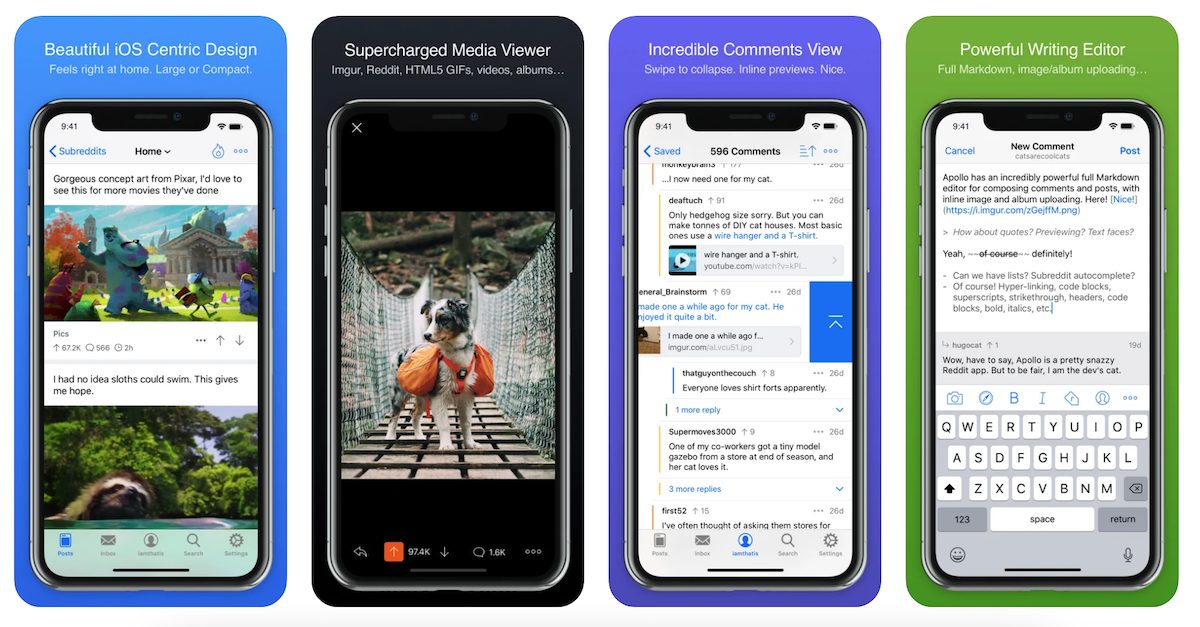 In addition, developer Christian Selig has updated the app with several bug fixes for features like the GIF of a fluffy dog, tap to collapse, dark mode for subreddits section, video playback, and many more.

Apollo for Reddit iOS app can be downloaded for free from the App Store and is available for different monthly and lifetime plans starting from $0.99 to $29.00. It requires iOS 12.0 or later and is compatible with iPhone, iPad, and iPod Touch.