Another scam is discovered on the App Store by developer Kosta Eleftheriou. Misusing App Store’s 5-star rating feature, Eleftheriou found that the UPNP Xtreme app forced him to give it a 5-star rating to use it.

Eleftheriou is the developer of FlickType, a popular Apple Watch Keyboard app, and he is a strong critic of Apple’s apps review process which allows scam apps to exist on the App Store and rob users of millions of dollars annually. He questions what preventive measures is the Cupertino tech is implementing to identify and remove fraudulent software from its digital marketplace. 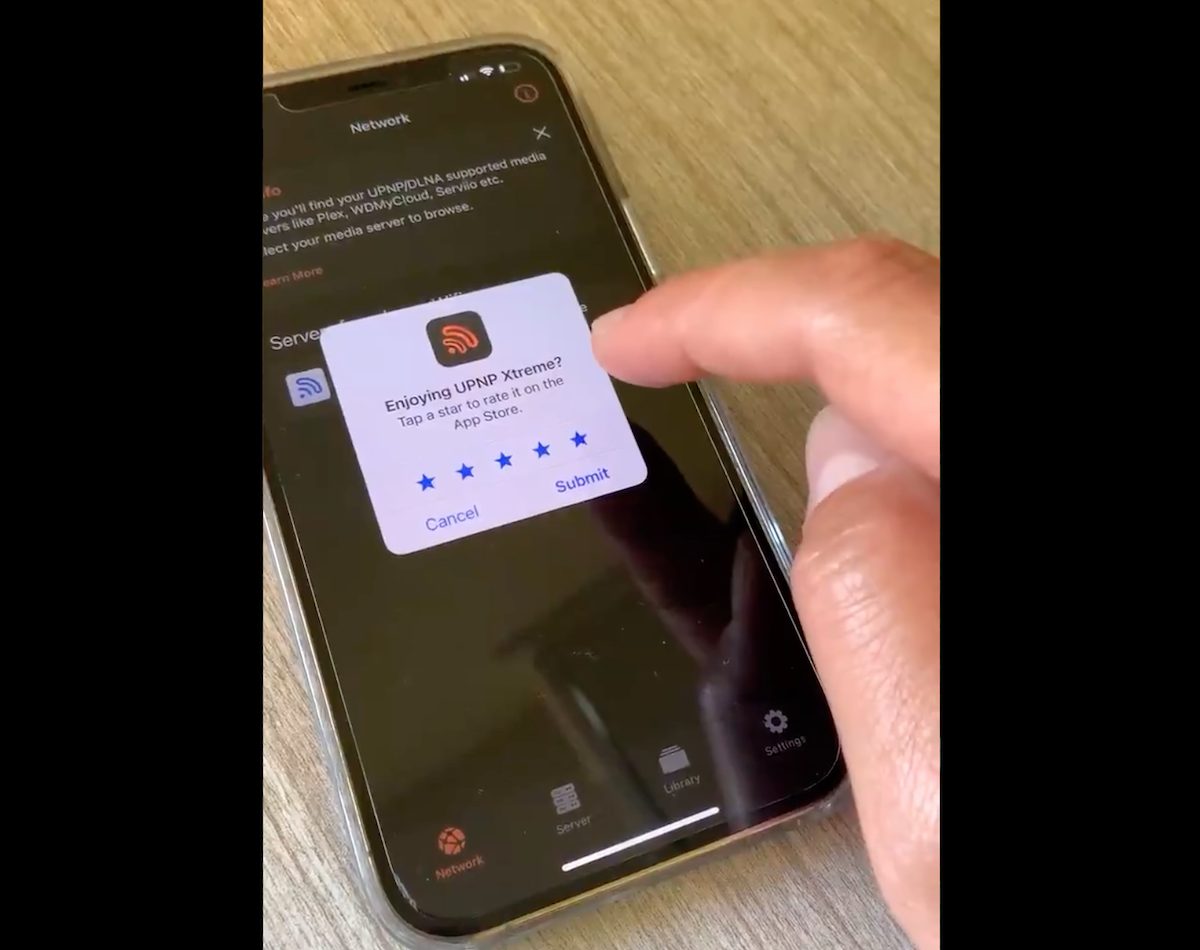 As per the video shared by @Kosta Eleftheriou on Twitter, the UPNP Xtreme app immediately showed the rating prompt on launching. He could not select the ‘Not Now’ option on the prompt, so he had to give it a rating to proceed further.

Interestingly, when Eleftheriou tried to give the app a 2 and 3-star rating, he could not because the app remained unresponsive. The app responded only when the developer tapped on the 5th star to automatically show a 5-star rating which the app did not let him cancel. Furthermore, Eleftheriou could not bring the rating down below 3 stars.

The review: “This app forced me to give it a good rating before I could use it.”

Scam apps have found ways to exploit reviews and rating features to fool Apple to get a high ranking on the App Store and users to make purchases. Previously, the developer found that the My Pulse-Heart Rate Monitor app on iPhone was forcefully pushing a paywall screen on users after testing their heart rate by placing their finger on the camera. Gaining legitimacy by fake reviews and ratings, the app manipulates users to purchase subscriptions.

These fraudulent apps are a concern for the Cupertino tech giant as well. Documents filed in the Epic Games vs. Apple revealed that perplexed by “bad” apps, Apple Fellow Phill Schiller questioned the App Store’s review process. In 2012, as the company’s Chief Marketing Officer Schiller expressed anger over the review process in an email to former Senior Director App Store Review Philip Shoemaker.

What the hell is this???

Remember our talking about finding bad apps with low ratings?

Remember our talk about becoming the “Nordstroms” of stores in quality of service?

How does an obvious rip off of the super-popular Temple Run, with no screenshots, garbage marketing text, and almost all 1-star ratings become the #1 free app on the store?

Can anyone see a rip off of a top selling game? Any anyone see an app that is cheating the system?

Is no one reviewing these apps? Is no one minding the store?

Recently, Apple cracked down on app with irrationaly high prices to remove scam app from the App Store but the company needs to do alot more.