App Store now offers a new 15% reduced commission rate to developers who earn less than 1 million a year which is the amount earned after Apple takes its fee. A recent report claims that 98% of developers will be eligible for the reduced App Store cut under the given criteria. Previously, Apple charged 30% from all developers, big and small, for all in-app purchases made via its digital ecosystem. The move to cut that share by half was a major PR decision for the company.

This year, Apple’s App Store policy has been under heavy criticism by developers and scrutiny by regulators from around the world. The 30% commission rate of Apple’s digital marketplace was targeted as unfair and called a monopoly by disgruntled developers like Epic Games, Spotify, and Facebook. Even the U.S antitrust committee ruled that Silicon Valley tech giants, including Apple, were “kinds of monopolies like the era of oil barons and railroad tycoons.” Thus, this new App Store Small Business Program will be more beneficial for the company than monetary gains. 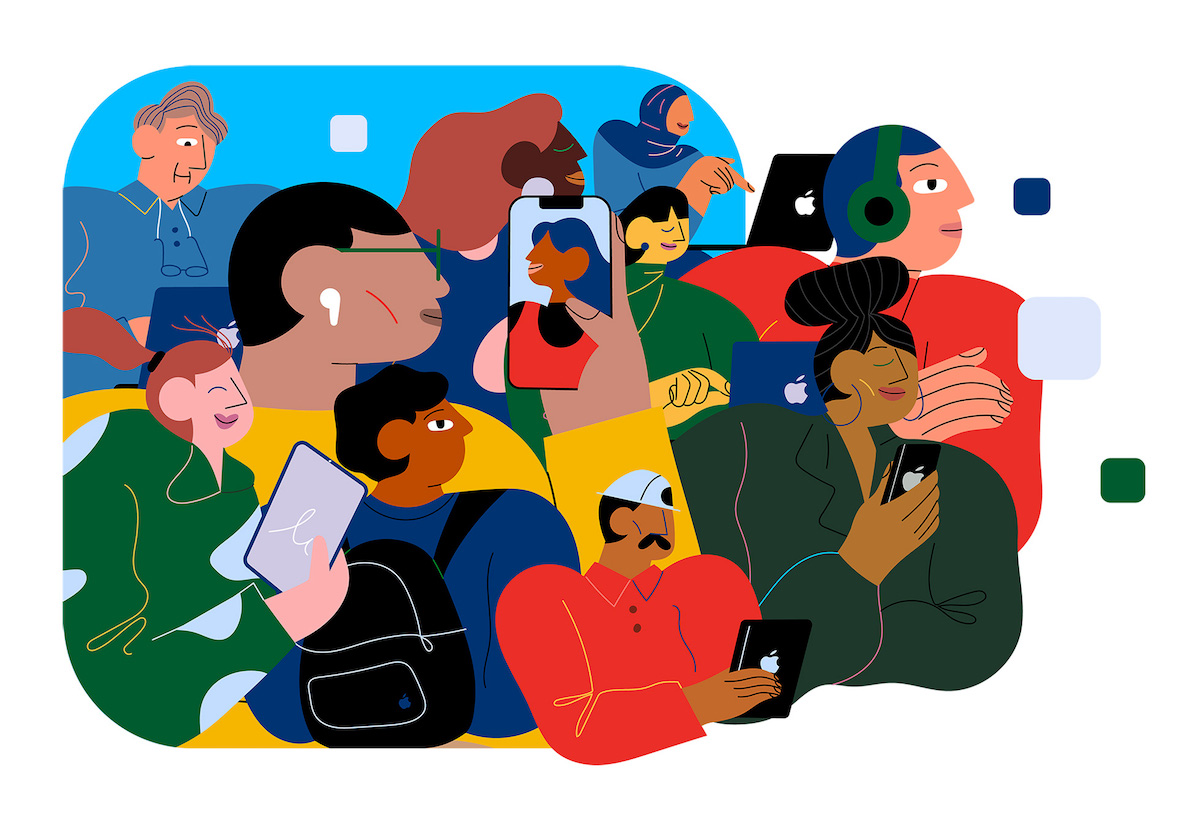 Appfigures claims that the iPhone maker has made almost all of the developers associated with its program 50% happier and the impact of the change in policy will be “staggering.”

This move is truly a win-win for Apple. In a single swing, Apple managed to make almost every developer in the ecosystem happy, potentially fend off a set of anti-trust lawsuits, and give developers more incentive to stay with Apple.

Calculating the number of apps with paid downloads, in-app purchases, and monetized subscriptions, the publisher estimated that 98% of developers quality for the App Store Small Business Program and excluding only 2% from the program which earns over 1 million revenue per year.

…we can see that of the 2 million apps available in the App Store right now, 376K are either a paid download, have in-app purchases, or monetize with subscriptions.

Those apps belong to 124.5K developers.

That means that roughly 98% of all developers that can make money in the App Store as of right now will qualify for the program, which opens in 2021 and keep more revenue in their pocket instantly. 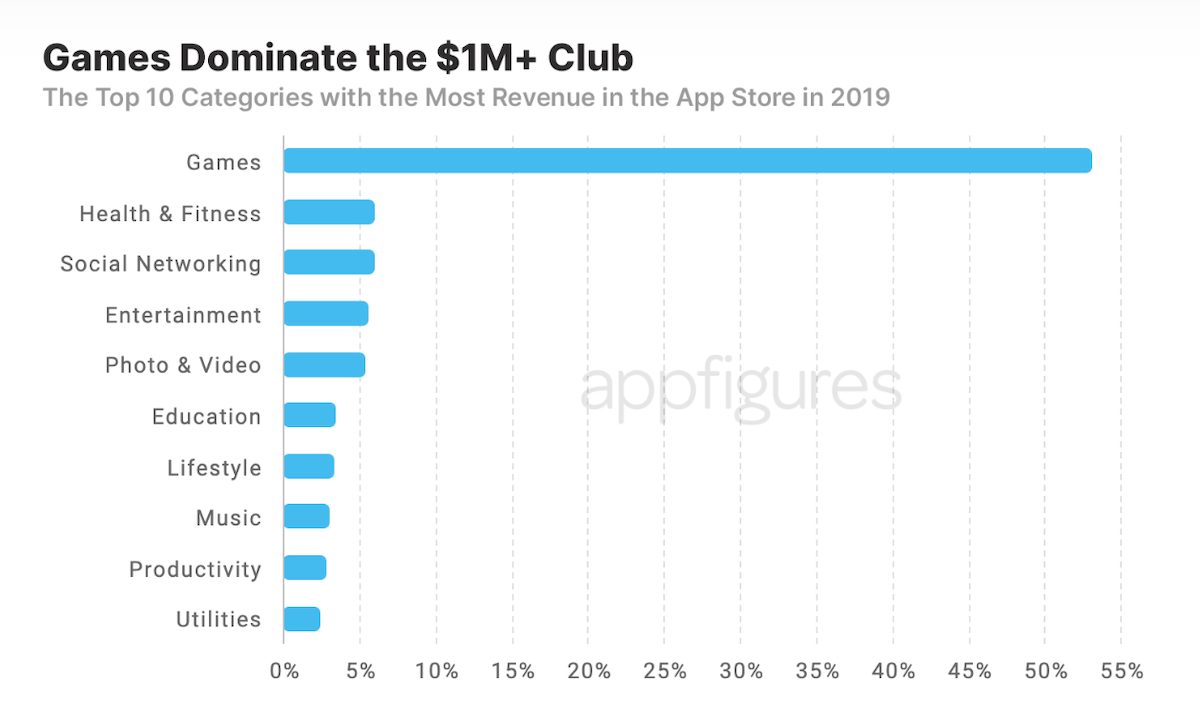 Analyzing 2019’s data, games were the most revenue-generating apps, followed by Health & Fitness and Social Networking app in 2nd and 3rd positions. Therefore, “more than half of all $1M+ club members happen to be games.” Having said that, only a small percentage of developers earn the most revenue for themselves and Apple. 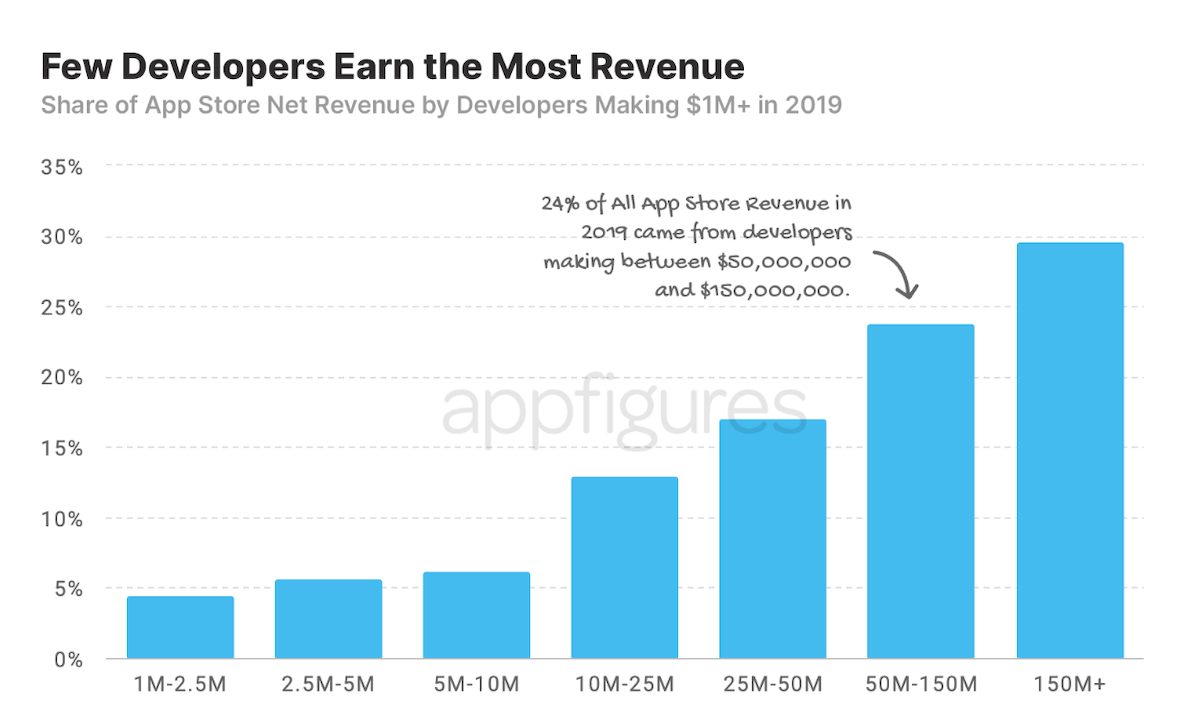 “Small businesses are the backbone of our global economy and the beating heart of innovation and opportunity in communities around the world. We’re launching this program to help small business owners write the next chapter of creativity and prosperity on the App Store, and to build the kind of quality apps our customers love.

The App Store has been an engine of economic growth like none other, creating millions of new jobs and a pathway to entrepreneurship accessible to anyone with a great idea. Our new program carries that progress forward — helping developers fund their small businesses, take risks on new ideas, expand their teams, and continue to make apps that enrich people’s lives.”