Apple has aired two new video ads for iPhone 7 and iPhone 7 Plus titled Morning Ride and Midnight. The ads follow up to the first iPhone 7 ad which was created as a build up to these ads and have the same dark night theme while highlighting water resistance and cameras in the new phones. 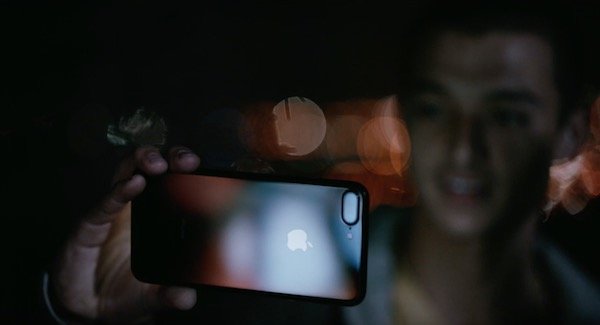 The first, Morning Ride, showcases iPhone 7’s water resistance with a cyclist setting up his iPhone on a cycle to go out in heavy rain. The song in the ad is Thunderstruck by AC/DC which really brings energy to the ad and matches the portrayed weather conditions.

The second ad titled Midnight shows a skater going out late at night with his iPhone 7 Plus and taking photos and videos in low-light conditions. The actor uses the dual-cameras while his iPhone gets wet under sprinkler water and also takes photos of other objects in low-light like insects around a light bulb, a deer at a gas station and of the city from a forest. Some of these objects like the deer, light-bulb and forest were already part of the first iPhone 7 ad so the continuity is evident. The song played in this ad is In A Black Out by Hamilton Leithauser + Rostam.

iPhone 7 has improved 12-megapixel cameras with f1.8 aperture, new optics and a brand new Image Signal Processor created by Apple. iPhone 7 Plus has two of these cameras, with one being the same as iPhone 7’s camera while the other one is a 56mm f2.8 telephoto lens which enables seamless 2x optical zoom. The telephoto lens can also be used for great portrait shots with beautiful depth of field. Apple will also be releasing a software update for iPhone 7 Plus which will take advantage of the 2 cameras to allow users to take DSLR type portrait photos with bokeh style backgrounds.