The new iPhone 7 and 7 plus with new cameras, water resistance, stereo speakers, new colors and longer battery life have been announced. They are available for pre-order starting September 9th and will be released on September 16th. 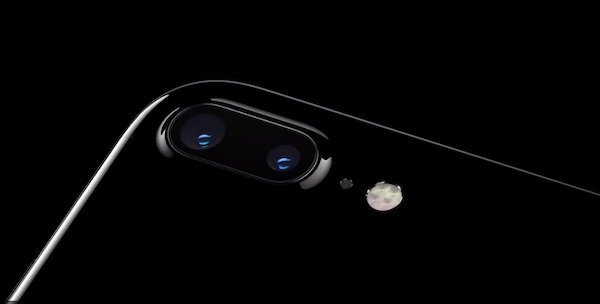 iPhone 7 has a beautiful design with new jet black and black finishes. The integrated antennas are almost invisible now unlike iPhone 6 and 6s. As per rumors, iPhone 7 is available in 5 colors, silver, gold, rose gold, black and jet black.

The new home button is now programmable and works with the taptic engine. It is not a physically movable button but a solid state pressure-sensitive button and will work like force-touch trackpad.

IP67 water and dust protection mean that iPhone is now water-resistant. iPhone 7 can survive a maximum of 1 meter of water for up to 30 minutes.

The new cameras are perhaps one of the biggest updates in iPhone 7. Both iPhones now ship with 12mp cameras with larger f1.8 aperture and 6 element lens, and a new Apple designed Image processing sensor which allows it to take better and sharper photos, even at low light. Apple claims that the new ISP does more than a billion computations in just 25 milliseconds on each photo taken with the phone. The cameras also capture photos with wide gamut colors, and ship with a new quad-LED True Tone Flash.

iPhone 7 plus gets dual-cameras, one of which is a wide lens while the other one being a telescopic lens which enables 2x optical zoom and 10x digital zoom.

The front-facing cameras have also received an update in the form of FaceTime HD, with 7MP cameras.

The display has wide color gamut support, just like iPad Pro and iMac 5K. It is also 25% brighter than iPhone 6s display.

In terms of performance, the new A10 Fusion SoC provides 2x performance when compared to iPhone 6, with more efficiency for longer battery life. The processor has 4 cores, two of which are high speed cores for the best performance while two are energy efficient cores which process light weight tasks.

iPhone 7 starts at $649 for 32GB. There is no 16GB variant anymore, which is great for consumers. Other storage capacities include 128GB and 256GB.