Apple’s first announcement at its September 2016 event has been Super Mario Run for iPhone, iPad and iPod touch. Nintendo’s Miyamoto came on stage to demo the game and announce its release for holidays this year, which means around December 2016. 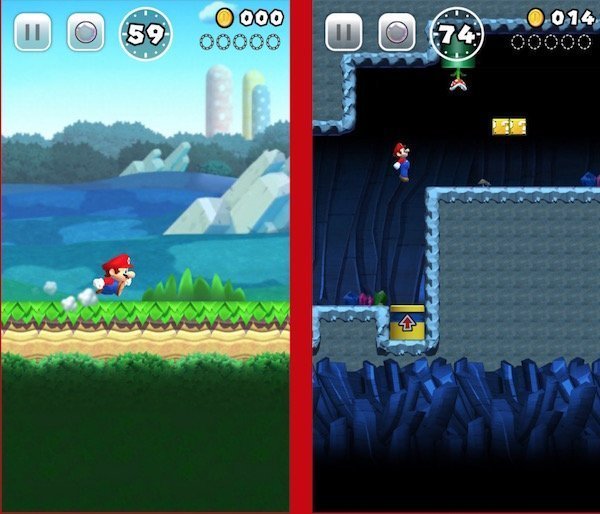 Super Mario for iOS seems to be developed as an endless runner that lets players collect coins while killing unfriendly creatures and avoiding obstacles. The game will support single-handed gameplay so you just tap to jump. The longer your press, the longer Mario will jump.

The game will also contain a game mode called Toad Rally which lets players complete challenging courses in a multiplayer battle in which players challenge their friends for high scores.

Using coins collected from Toady Rally and the first run mode, users can create their own mushroom kingdom.

During the demo, the game’s graphics looked fluid and vibrant and showed the same old Mario level design and characters that we all love.

An important part of the announcement was that there won’t be any in-app purchases. Even though it was announced that the app will have one set price and no in-app purchases, its App Store page says otherwise.

Nintendo also announced Super Mario stickers app for iMessage that can be sent to friends and family in messages. This will work with the new iMessage in iOS 10 and should be out soon.

Nintendo already has a game, though not directly developed by them, in the form of Pokémon Go on iOS.

Super Mario Run will be coming to iOS first and later to other platforms. The app already has a page up in App Store where users can sign up to be notified of its release. It requires just a single button press but it does not say whether users will be notified by email or push notifications. 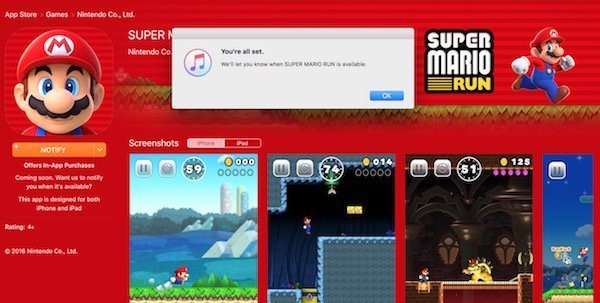