The man of the hour, Apple’s CEO Tim Cook sat down with ABC network’s Robin Robert in Tech Talks in Classroom for a short but precise interview. Since the interview was conducted after the launch of iPhone 7 on September 7th, the interview was centered around the next generation iPhone. Cook discussed the new iPhone 7 features, the decision behind going wireless and getting rid of the headphone jack, the fear of losing the newly introduced AirPods, and Apple’s focus on augmented reality. 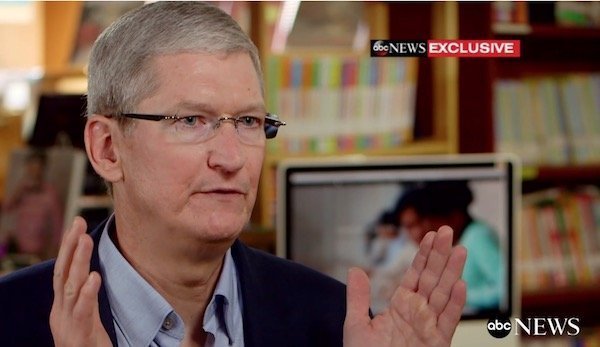 Cook said that iPhone 7 is the “best iPhone we have created” with impressive photo quality, longer battery life, and faster performance. The new 12 megapixel cameras and dual lens in iPhone 7 Plus take breathtaking photos, A10 fusion processor delivers faster performance and a larger battery enables the iPhone 7 to run for a longer time on a single charge.

“Wireless is the future“, was Cook’s simple answer to the question on the removal of the headphone jack. He expounded that Apple aims to design products which the consumers will need in the future and deliver them before anyone else does. Therefore, the decision to utilize the space taken up by the headphone jack was in accordance to the increasing futuristic needs of buyers. The extra space in the device is used for placement of more important things like stereo speakers and larger battery. The introduction of AirPods with W1 chip, to listen to music, instruct Siri or take calls is the first step towards a wireless future.

The innovative wireless earphones are the current talk of the town. Cook shunned any fears of losing the small device. He explained that the case is designed to not only maintain a firm magnetic hold on the Airpods but also charge them. He further added that it’s very unlikely for the AirPods to fall out of users’ ears. The frequently tangled wires in the old headphones caused the ear pieces to fall out. The AirPods are independent devices which make it difficult for them to drop out of user’s ears. Quoting his personal experience, the AirPods did not fall out while running on the treadmill, walking or performing daily activities.

When comparing virtual reality and augmented reality, Cook leaned more in favor of augmented reality deeming it “larger of the two“. He explained that the design of AR opens lots of opportunities to visually stimulate people in a real time setting. As opposed to the enclosed experience of VR, the more “present” nature of AR is why Cook suggested that it may be more commercially viable than VR.

As Cook is a great orator, it is always fascinating to listen to him about Apple’s focus, decisions, products and future plans. Check out the interview video below: