I have seen a lot different articles and blogs about what should be included in iOS 5. After reading through these countless articles, I see a pattern starting to form.  Almost NONE of the ideas would benefit the general user.  I don’t know about you but I would like to see some better UI benefits in the update.  It is no secret that the white coats at Apple have taken ideas from jailbreake developers for a long time now.  And the beta version of iOS 4.3 is no different,  it shows signs of being a great update (if they don’t kill the major improvements before it is launched to the public).

So riding on those coat tails and to help get this started, here are my top 5 ideas that would make my user experience a lot more enjoyable.

Is it too much to ask for that when I push the screen on, I am able see a customizable screen that can show me my next calendar appointment,  weather in a preset location, or my newest email headers?  Again jailbreakers have been able to do this for a while now with pay apps through cydia like Lock Screen Info. 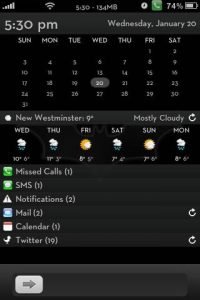 2. More Apps In Each Folder

Lets face it, sometimes you just CANNOT properly organize your apps while being limited to 12 apps per folder.  I would even settle for “folders inside folders”.  Again we know this is possible since jailbreakers have had that option forever with folder enhancement apps. 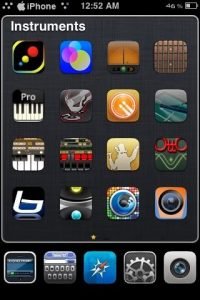 I hate to beat a dead drum but once again lets take a cue from the dark corners of the hack world, and PLEASE let us manager files on our devices like on iFile.  There has to be a way for the geniuses at Apple to figure this out and allow users to gain access to all those little files with weird names Steve Jobs is so desperately protecting from the world. 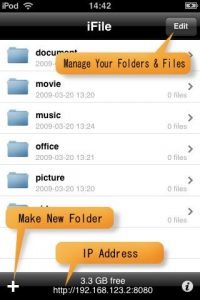 The old ones are getting quite boring. Enough said.

The rivalry between Apple and Flash is no secret.  They say it kills battery performance.  OK I can accept that, but why not introduce some native plug in that allows you to decide if you want to see a particular piece of flash or not.  Kind of like the option you get to print from Airprint now.  That way the user gets the chance to decide if battery life outweighs the option to see that video on your local radio stations site. 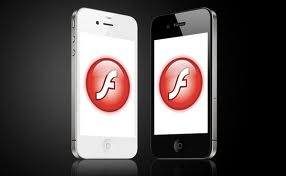 So there you have my top 5 picks for iOS5,  what do you think?  With the world at your disposal and anything is possible what would be your top 5 changes/additions to the new OS?