A new patent for Apple Glasses named ‘Gaze-based user interactions’ suggests that the new product might allow users to operate it through eye gestures. The patent was filed in Q1 of 2020 and was recently published by the U.S Patent Office.

The patent is not the first one in which Apple describes using eyes as an input mechanism. An earlier patent application from the company also described how tacking the direction of users’ eyes can be used to create augmented reality experiences. 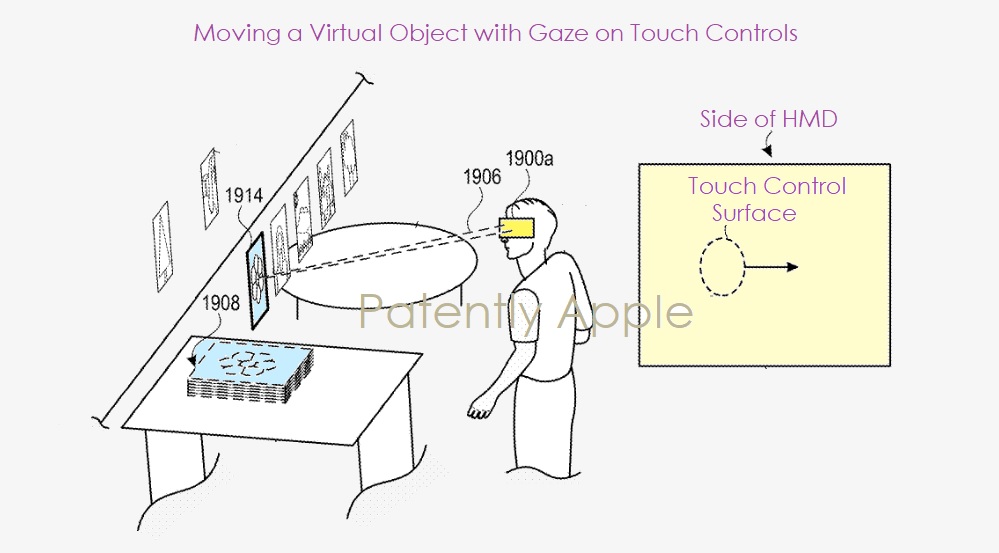 The patent gives various examples of how the technology will be used. For example, staring at something for a few seconds can trigger zooming, swiping photos can be as easy as moving eyeballs, and zoom could be controlled using voice commands. The technique will provide an efficient interface by allowing users to operate their devices by primarily using gazes and eye gestures.

The recent patent describes a mechanism to create an AR experience using a mix of eye movements, blinks, and stares. It states:

The present disclosure describes techniques for interacting with an electronic device using an eye gaze. According to some embodiments, a user uses his or her eyes to interact with user interface objects displayed on the electronic device. The techniques provide a more natural and efficient interface by, in some exemplary embodiments, allowing a user to operate the device using primarily eye gazes and eye gestures (e.g., eye movement, blinks, and stares). 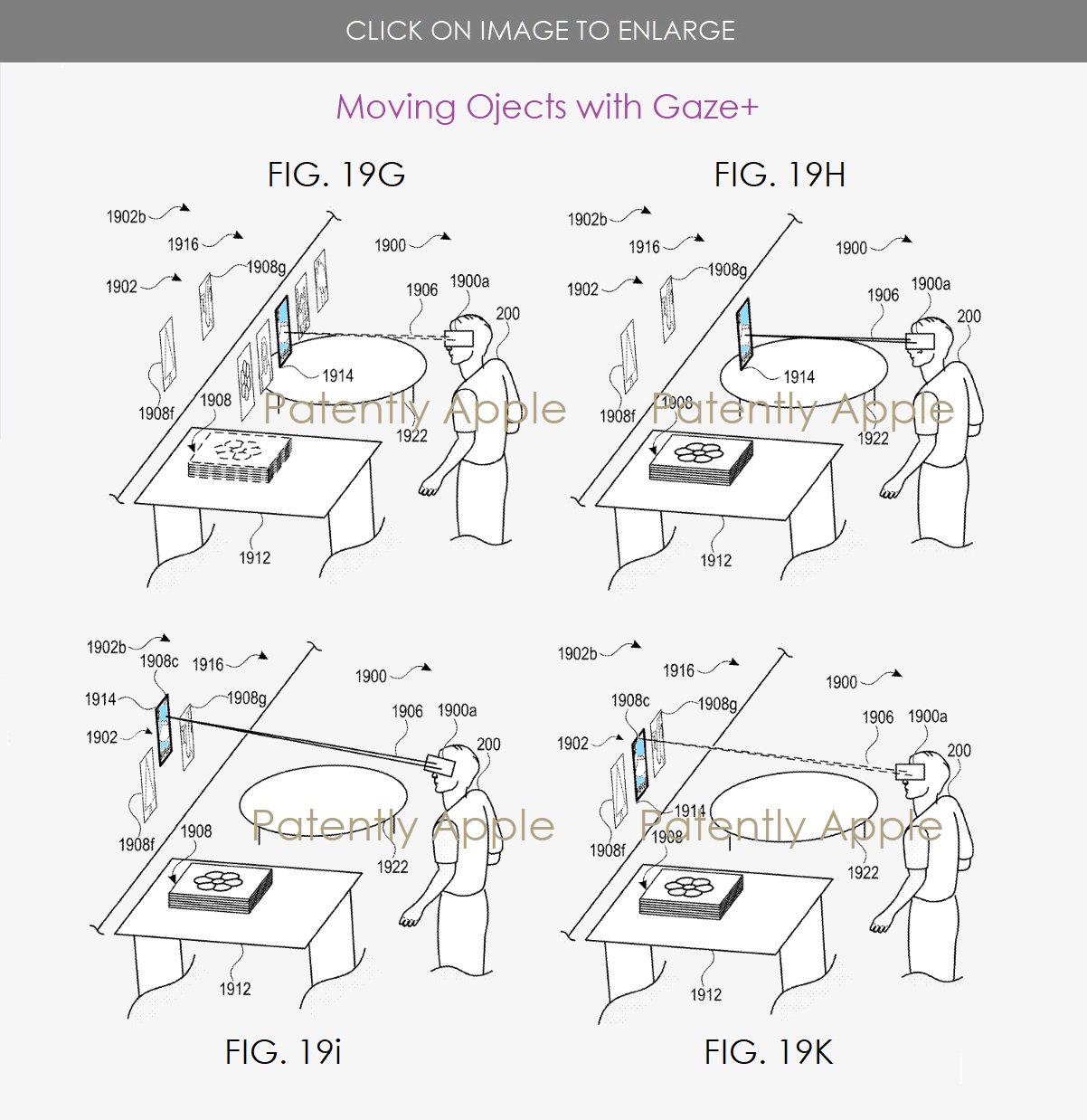 Apple Glasses could also be used with Siri and a touch-sensitive surface for user inputs like taps and swipes.

Apple indicates that the approach for Augmented Reality can be used with any device equipped with a camera.

The techniques can be applied to conventional user interfaces on devices such as desktop computers, laptops, tablets, and smartphones. The techniques are also advantageous for computer-generated reality (including virtual reality and mixed reality) devices and applications, as described in greater detail below.

Apple glass is expected to launch sometime in the 2022-23 window. Apple has also reportedly moved up trial production for AR lenses, but it is unclear which product they will support.

Apple frequently applies for several patent applications but not all of them see the light of the day. Users will just have to wait and see the new technology when the company decides to finally drop the long-awaited Apple glasses, and we’re hoping that they will come with support for all native Apple applications like Apple News, Apple Music, Maps, and more.