A report from Erictric suggests that Apple may offer free engraving option to the iPad, allowing customers to customize their iPads with different messages. Apple may offer free engraving just before the holiday shopping season. This could make iPad a very good gift and it would again increase the sales of the device. The source of this news is reported as an employee of Apple and is anonymous. 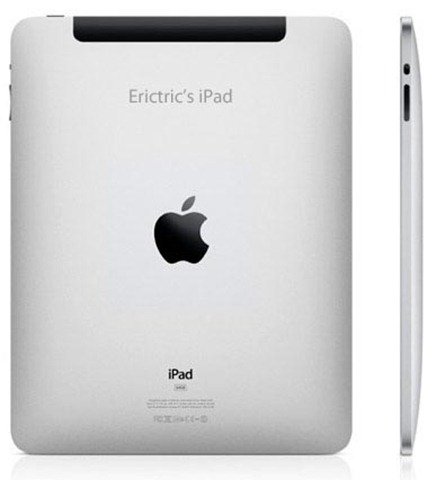 From what I understand, Apple’s going to be offering customers the option to get their iPads engraved just before the Holidays roll around,” noted the source in an email to me, which oddly enough began on the topic of Apple’s recent move to distribute free bumpers and cases for iPhone 4 smartphone customers.

Reports also claim that Apple wanted to offer iPad engraving earlier but due to its high sales the company was  not able to do it as Apple has sold more than three millions iPad in first 80 days of its launch.

Apart from this, some other rumors suggest that Apple is planning to launch smaller OLED display iPads later this year. While OLED display iPads are highly unlikely, Apple may have some surprises for iPad customers to make their holiday more special.