Apple Music will start live streaming concerts this week as part of a new series: Apple Music Live. The series kicks off this Friday, May 20 with a live performance of Harry Styles in New York. 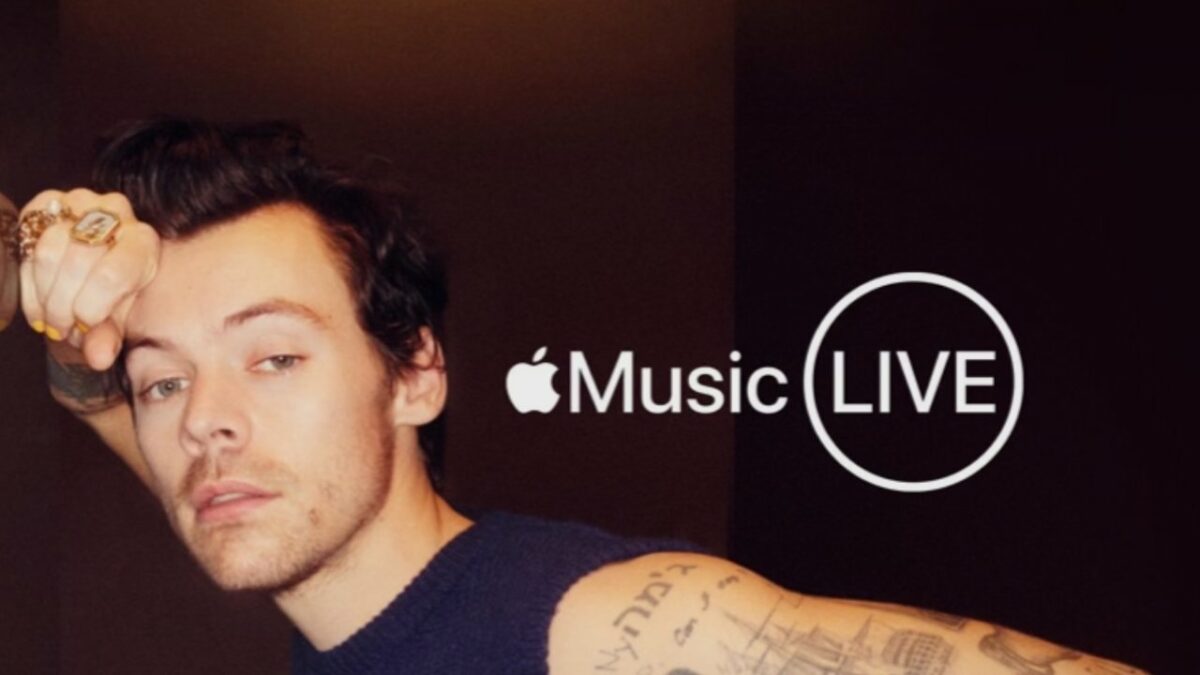 Apple uses regularly uses concerts and feature interviews to promote its streaming service and Apple Music Live is its latest method of promotion. The series will begin on May 20 with a live concert from Harry Styles performing at UBS Arena in Long Island, New York.

Styles’ third album “Harry’s House” is going to come out on the same day. Apple Music’s landing page for the event includes an interview with the artist about the making of the album, a link for fans to pre-add the album to their library, and several playlists focused on Styles. The seven-part video interview between Zane Lowe and Harry Styles is available now on Apple Music.

In this in-depth conversation filmed in Palm Springs, California, Harry Styles gets deep with Zane Lowe about how the pandemic forced him to confront his relationships with time and family and creativity. That unexpected downtime—on the cusp of what would have been a world tour supporting his 2019 album Fine Line—resulted in the songs that make up his third solo album, Harry’s House, as well as some personal enlightenment that brought clarity to many of his relationships, including with his former One Direction bandmates.

Currently, there are few details about the lineup planned for Apple Music Live following this first concert. We can expect that the tech giant will live stream the performance of a new artist regularly and showcase the artist on Apple Music. Back in 2019, Apple introduced “Apple Music Live” as a concert series in the United Kingdom but the pandemic stopped it from returning.

Subscribers in 167 countries will be able to tune into Harry Styles’ performance at no extra cost “as it happens.” To watch the concert, customers can subscribe to Apple Music for $9.99 per month as an individual or for $14.99 as a family.