Apple has removed Vybe Together, an app that allowed its users to arrange and attend parties that might violate Covid-19 safety protocols, from the App Store. The app’s TikTok account has also been shut down.

The now-deleted app could be considered exclusive as only approved members were able to use the service to find, create, and join parties. Vybe’s users could act as party organizers and approve other users who wanted to attend their event. Approved attendees then received the event address two hours before the party was due to start. 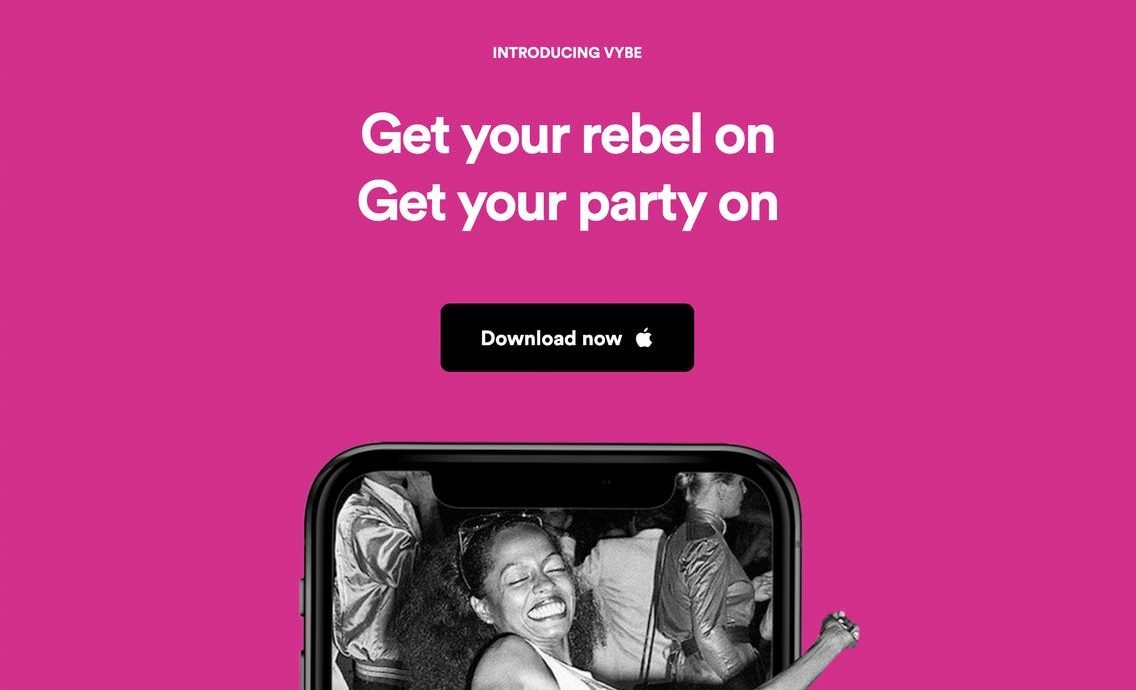 The app used its Instagram account to explain why it disappeared from iPhones and iPad, “App Store took us down!!! We will be back!!,” the descriptions of the account reads. The Instagram account suggests using the app to “Find your vybe. Local wine nights, beer pong games and dancing in an apartment near you.” The app’s slogan is “Get your rebel on. Get your party on.” 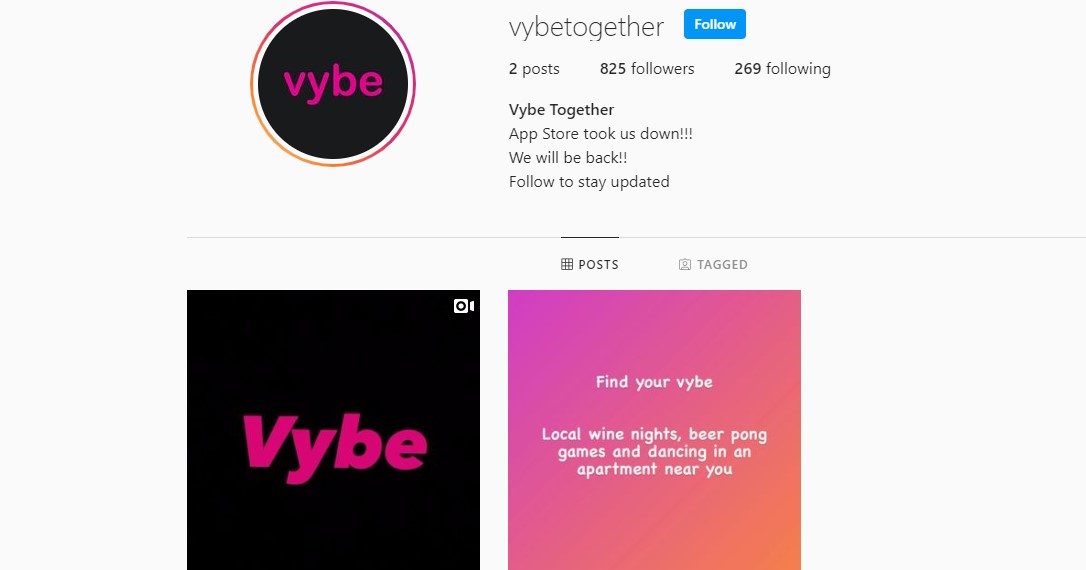 Vybe Together had a now-removed FAQ page that suggested it was supporting small gatherings, not large ones, The Verge reported.

“We are aware that Covid is a major health problem to the country, our communities, our friends and family,” said the FAQ page. “If we all could just be in isolation this could actually go away. Having large scale parties is very dangerous. That is why we don’t support that. But Vybe is a compromise, no big parties but small gatherings. We could be living, at least a little during these times with Vybe.” 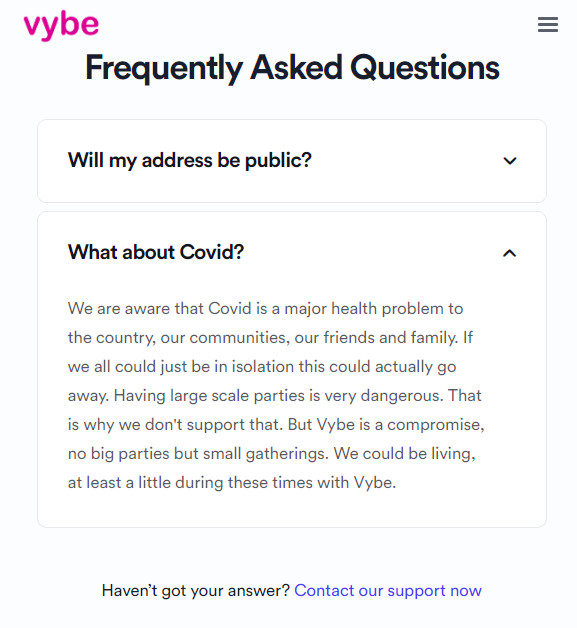 The Centers for Disease Control and Prevention advises individuals against holding social gatherings that bring people from different households together due to the risk of Covid-19 spreading.

“The more people an individual interacts with at a gathering and the longer that interaction lasts, the higher the potential risk of becoming infected with Covid-19 and Covid-19 spreading,” the CDC said in its guidelines.