Apple’s latest ads highlight the usefulness of Memories, a part of its Photos app on iOS as well as Mac and Apple TV. Both ads, which include a tutorial and a short film, focus on the capability of Memories to automatically create movies using your photos and videos. 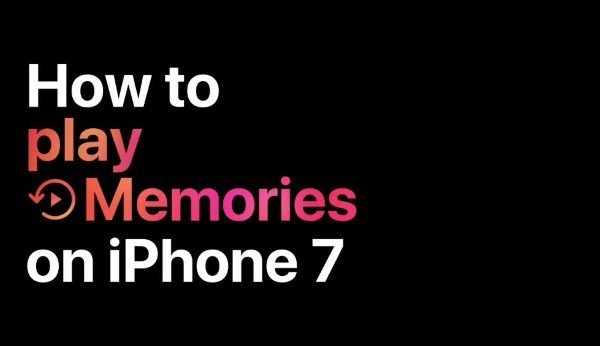 The first video is called The Archive and shows an old man dusting off old photos and videos in a library. He proceeds to edit and cut them together to create a movie. When he starts the movie on a projector, it shows iPhone’s Memories feature creating a movie. The movie is emotional and shows a family going through pregnancy and having their second baby.

Apple always does a good job at creating amazing ads that tend to move the viewer. The Archive is one of these ads. For another such moving ad, check out Frankie’s Holiday, which Apple created for Christmas in 2016.

The second video is a tutorial, the latest in a series of ads that Apple made for iPhone 7 and 7 Plus. The ad shows how to playback Memories by going into the Photos app. Not much to learn here but Apple made an ad on it.

Although Memories was introduced with iOS 10 as a way for the Photos app to automatically create movies from your content, with iOS 11, Apple is further improving the technology behind it. Using machine learning, Memories now recognizes pets and events such as birthdays. It also creates movies that can be played back in both landscape and portrait orientations.  Along with iOS, Memories is also available on macOS and Apple TV.

Memories does not seem like a major feature but its capabilities to remind you of your good times, makes it worth using.