Apple on March 8 unveiled the 27-inch Studio Display which features a 5K resolution screen encased in an aluminum enclosure. Powered by the A13 Bionic chip, the external display offers 600 nits of brightness, P3 wide color, and support for Apple’s True Tone technology. Here is a list of additional information about Apple’s latest external display.

While the new Studio Display features a stunning display, it lacks the tech giant’s ProMotion technology which first became available on the 2017 iPad Pro. The technology has since been expanded to the MacBook Pro and iPhone 13 Pro. ProMotion allows the refresh rate of a device to update a display 120 times a second (120Hz), which is two times faster than standard 60Hz displays. Apple says the Studio Display supports a refresh rate of 60Hz.

Studio display features three USB-C ports that deliver speeds up to 10Gb/s to connect high-speed peripherals, storage, and networking right into the display. There is also a Thunderbolt 3 port on the back of the display which allows users to connect the display to a Mac with a single cable. The same cable is also capable of delivering 96W of power to a MacBook. 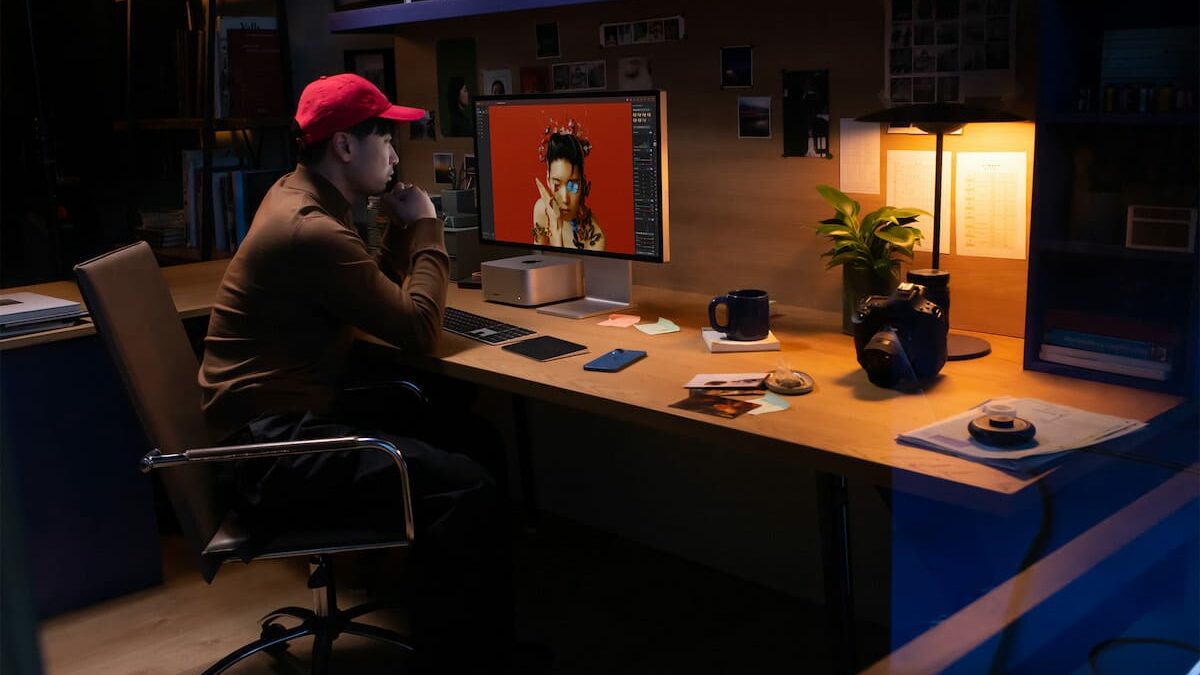 Pricing for the Studio Display starts at $1,599 but that price tag can go up to $2,229 if you configure it with Apple’s additional offerings. The tech giant is offering a nano-texture glass option for an additional $300 which comes with its polishing cloth. Users can also opt for a “tilt- and height-adjustable stand” for another $300.

Check out over comprehensive coverage of Apple’s “Peek Performance” event down below or click here for the highlights.