Apple has begun sending foldable iPhone screens to its assembly partner Foxconn for testing purposes, and the device may be slated for release in September 2022, according to a recent Chinese report. It is reported that the tech giant has asked Foxconn to test the screens, allegedly OLED or micro-LED, as the choice will influence how the production of a final device will be done. Apple has also asked the supplier to test the bearings of a folding iPhone device.

Rumors of Apple’s foldable iPhone have been circulating since June. Recently, the U.S Patent and Trademark Office published the company’s filing for foldable ‘Electronic Devices with Flexible Display Cover Layers’ which would have a hinge to flex. 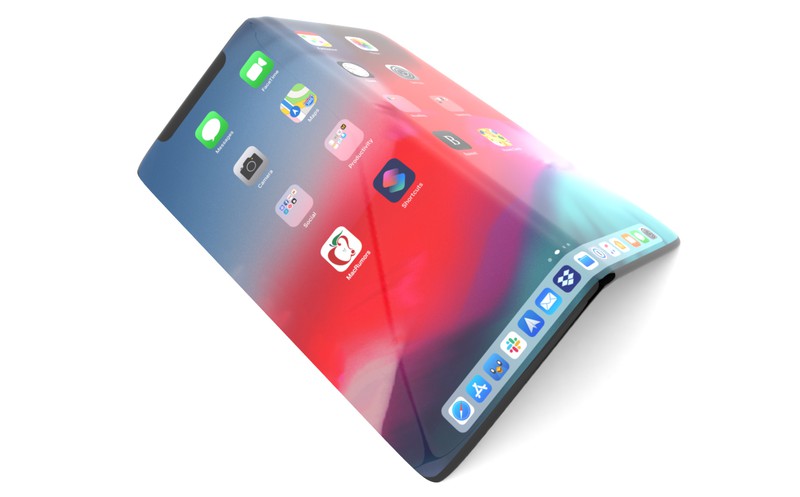 Apple is Testing a Foldable iPhone with Foxconn

The Economic Daily says that both Hon Hai (Foxconn) and New Nikko have been putting together prototypes for the tech giant:

“According to the supply chain, Apple is intensively developing folding machines. It not only continues to accumulate patents, but also requires Taiwan’s supply chain to send samples for testing, including Hon Hai (2317) and New Nikko , which are partners that Apple relies on for its first folding iPhone.”

It is also mentioned that folding tests for regular laptops requires them to be opened and closed between 20,000 and 30,000 times. For a foldable iPhone, it says Foxconn will conduct over 100,000 opening and closing tests.

The report goes on to claim that the display and bearings hold extreme importance for the tech giant and it may looking at Samsung to provide the panels for the screens. The bearings will have several suppliers, but Foxconn will handle the final assembly:

“According to the supply chain, Apple is currently testing key components such as the screen and bearings of the folding machine in order to make the first folding iPhone come out as soon as possible. Samsung will still provide the panel for the screen. There are several suppliers for the bearing, and Taiwanese manufacturers With New Nikko as the main supplier, the assembly is estimated to be handled by Hon Hai, the largest foundry partner.”