Today, Apple’s patent application for ‘Electronic Devices with Flexible Display Cover Layers’ was published by the U.S Patent and Trademark Office. As per the filing, the foldable device will have a hinge to flex and the display cover with a self-healing layer.

The design language of the aforementioned Apple device is very similar to Samsung’s $2000 Galaxy Fold which has a single screen foldable design. Unfortunately, at the launch, the Galaxy Fold had major display issues and the smartphone became an “embarrassment for the company. 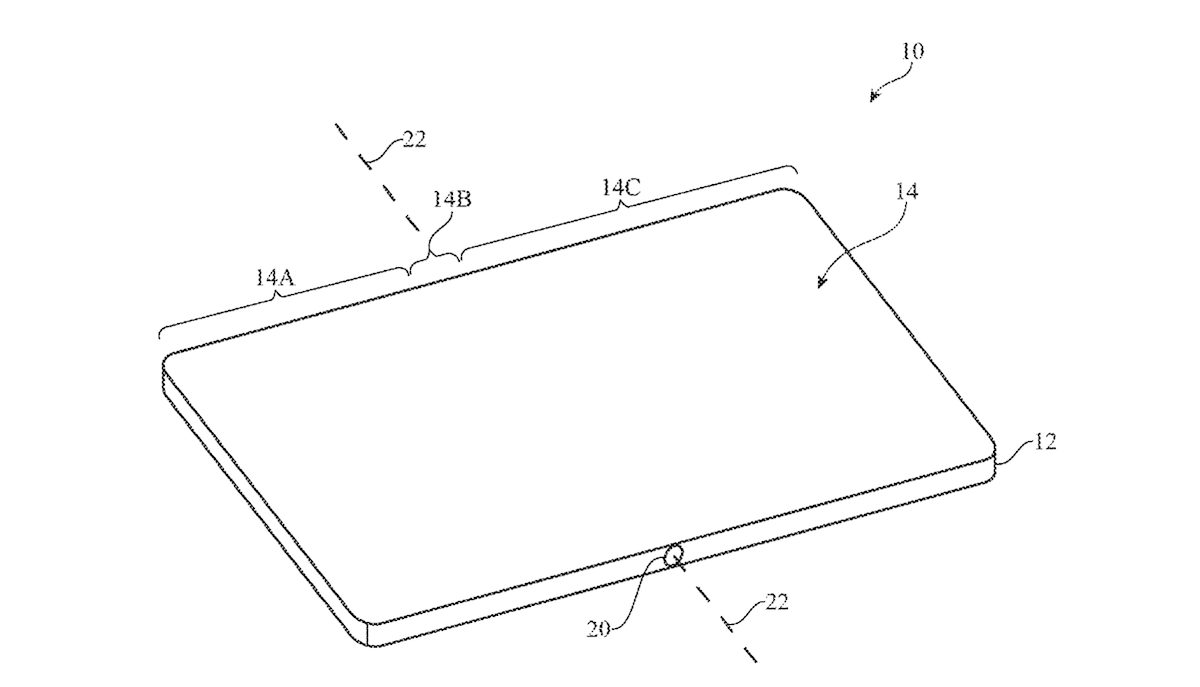 In the filed application, the Cupertino tech giant describes the design and functionality of the foldable device. The company calls it an “electronic” device and the illustrations depict a single screen gadget, therefore, it can be assumed that the device might be a new foldable iPhone or iPad mini.

Interestingly, Apple will use a self-healing layer in the display of the device to prevent scratches, dents, and other display-related issues.

As exciting as this design is, it must be kept in mind that Apple does not necessarily develop all the filed devices. It is a likely possibility that this device never gets to see the light of day. Having said that, if the company is able to deliver a foldable iPhone without any display issues it will revolutionary in aspects of design and functionality.