A recent report claims that Apple is testing the shell of foldable iPhone at Foxconn manufacturing facility in Shenzhen, China. The Cupertino tech giant is testing two models of foldable iPhones; with separate two panels connected by a hinge. The new smartphones are predicted to launch in late 2022 or early 2023.

Leaker Jon Prosser shared the news of an alleged foldable iPhone in June. He detailed that Apple’s foldable iPhone has two have two separate panels connected by a hinge, a stainless steel body, round edges (similar to the current iPhone 11), and no notch. Prosser added that the foldable smartphone will have a ‘tiny forehead’ for Face ID authentication on the front display. Prosser’s design was corroborated by a discovered patent in October of a self-healing display of a foldable device.

As per the report, Apple is working on two foldable smartphones; one with a dual-screen which opens like a book, and the other with a recessed top and bottom which opens like Moto RAZR or Galaxy Z Flip. Like Prosser has mentioned, it is claimed that the company is testing the durability of the hinge in the two models, and will finalize one of the two models based on the performance of the hinge.

It is detailed that the first foldable model would have a Samsung OLED display. This report is corroborated by The Economic Times which stated that Foxconn and New Nikko are working on Apple foldable iPhone prototypes and Foxconn was asked to test the screens of the alleged smartphone: OLED or micro-LED. 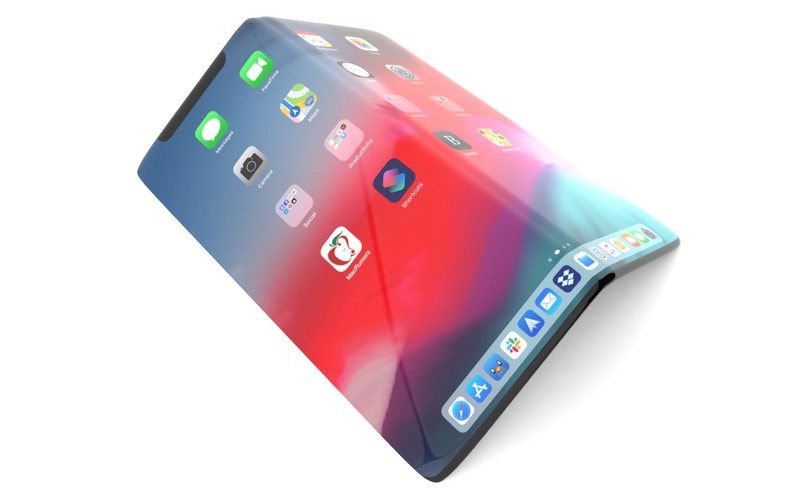 Like newly launched 5G and ProRAW features in iPhone 12, Apple pioneers in introducing the best version of the technology and not the first; several Android smartphones by Samsung, Google, and Huawei had launched 5G and ProRAW models years ahead of Apple. Similarly, it appears that the Cupertino tech giant is working on breaking into the lucrative foldable mobile phones industry, which is currently dominated by Samsung.

According to market research firm Display Supply Chain Consultants (DSCC), Samsung’s global market share of foldable mobile phones will reach 88% this year, disregarding other competitors. Samsung’s Galaxy Z Flip and Galaxy Z Fold 2 are undoubtedly the best sellers this year. Folding phone. Another factor that Samsung is able to dominate the folding mobile phone market this year is that Huawei, another major folding mobile phone manufacturer, has been affected by the US ban and has not launched new folding models for a long time.

Having said that, Samsung faced disastrous issues with the first Galaxy Fold like dust getting stuck in the hinge and damaging the display, causing stretches and dents. It can be presumed that Apple is keenly testing its foldable iPhone to avoid the problems Samsung faced.