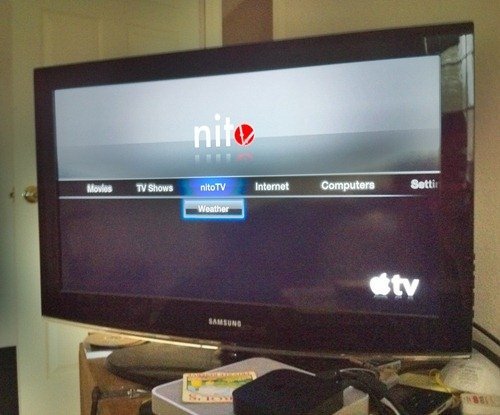 The official NitoTV twitter recently posted a screenshot what appears to be the first ever Apple TV 2G jailbreak app shown in action. The above image displays nitoTV weather app running on the second gen. Apple TV which seems to simply download your local weather data from the internet over wifi and display it on your big screen with a few graphics. This small step is definitely a giant leap towards the highly anticipated Apple TV 2G jailbreak apps which are being forecasted in big numbers in the near future.

IMPORTANT NOTES: build as RELEASE and build the shell script target, the atvBundle target (or whatever i named it) is there just so autocomplete works, it serves no other purpose.

oh and ill do my best to have a basic nitoTV out soon with at least Weather and RSS feeds working.. other stuff will take longer.

Of coarse Apple has no plans to provide Apple TV apps in the near future so far. So to enjoy these upcoming apps you need to jailbreak your Apple TV 2G using the latest PwnageTool here. 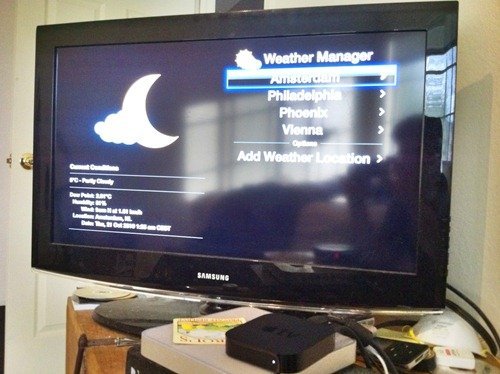