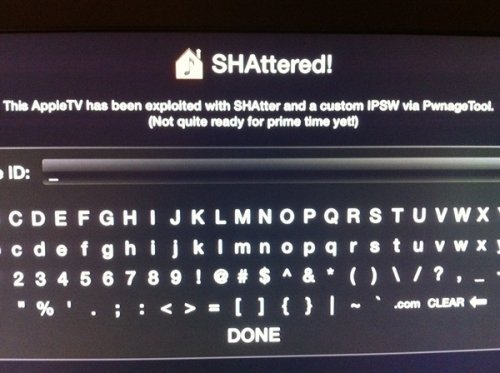 Congratulations folks! The New Apple TV has just been jailbroken using the upcoming SHAtter explioit. It says on the Dev-Team blog :

It’s confirmed…SHAtter can trick Apple’s new AppleTV 2G into restoring to a pre-jailbroken IPSW from PwnageTool too!   Literally the only UI application on the ATV is Lowtide.app, but now the window is open for jailbroken apps of all varieties.  (Just like the early iPhone days, the only apps you’ll see on the AppleTV will be jailbroken ones).  In the meantime, here’s a video showing root access (via ssh) into Apple’s new product.

Earlier today, it was tweeted by MuscleNerd of the Dev-Team that Apple TV has been successgully jailbroken using the SHAtter exploit however its not  ready to run apps yet! 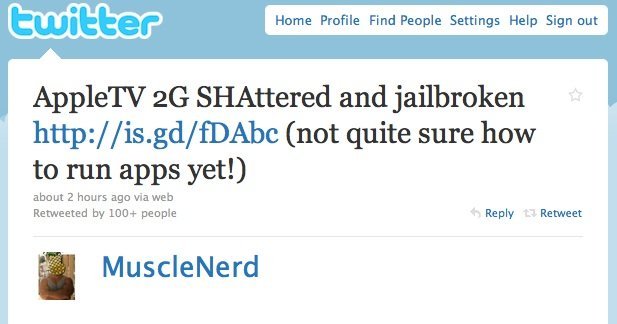 Watch the video below to see SHAtter exploit  in action jailbreaking the new Apple TV :

The tool is not yet ready for public release, however we’ll keep you updated with the latest regarding SHAtter exploit release date via Twitter and Facebook.