Apple TV+ today dropped the first trailer for its upcoming limited series, “Five Days at Memorial,” which is based on the impact of Hurricane Katrina and the events that followed the catastrophic cyclone. The series is slated to debut on Apple’s streaming service on August 12. 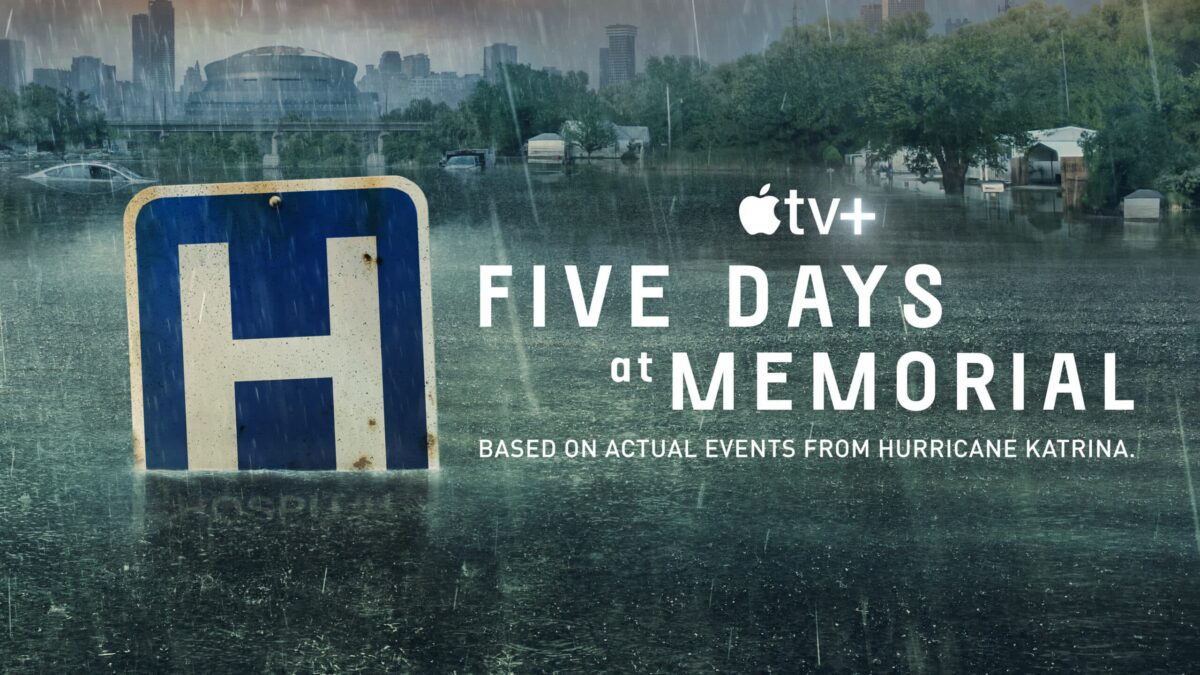 The drama series is adapted from a book of the same name written by Pulitzer Prize winner Sheri Fink. It shows the impact of Hurricane Katrina and the aftermath of the natural disaster on a local hospital. From Apple:

When the floodwaters rose, power failed, and heat soared, exhausted caregivers at a New Orleans hospital were forced to make decisions that would follow them for years to come.

The first trailer for the series gives viewers a glimpse into the destruction caused by the Hurricane. Forty-five dead bodies are found in a local hospital and the Attorney General subsequently opens an investigation to find the truth.

The first three episodes of Five Days at Memorial will be released on August 12. The rest of the episodes will be released on a weekly basis every Friday. For $4.99 per month with a seven-day free trial, Apple’s streaming service is available on iPhone, iPad, iPod touch, Mac, and Apple TV via the Apple TV app.