Ahead of Apple’s upcoming event, new CAD renders for the Apple Watch Pro have just been released. The new watch is rumored to be announced in a few days at Apple’s special fall 2022 event “Far Out,” on September 7 alongside the iPhone 14 lineup and possibly the second-generation AirPods Pro.

The upcoming Apple Watch Pro could come in 49mm size

These renders come after a third-party case for the device surfaced, suggesting it will come with two new physical buttons. The use of those buttons is unknown as of now.

The journalist has also confirmed that the Pro model will feature a titanium casing saying, “In terms of materials, the watch will have a more durable formulation of titanium to make it extra rugged.”

Interestingly, the renders also show a protrusion to house the Digital Crown, microphone, and multitasking button.

In addition, a button can be seen on the left side of the device along with a speaker vent. 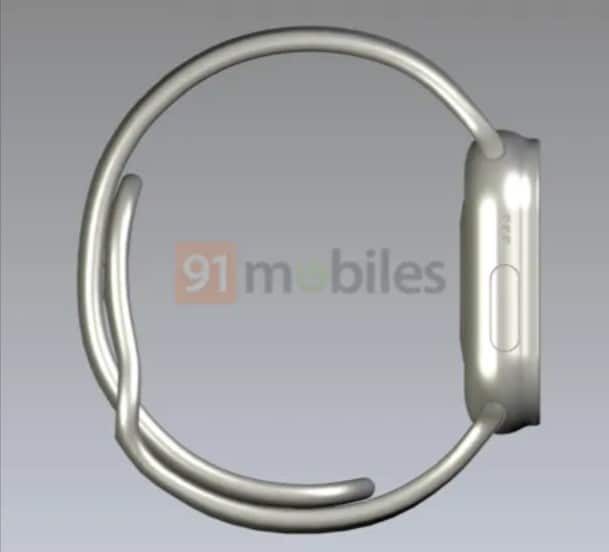 As for its functionalities, Gurman has said that the Apple Watch Pro will offer enhanced hiking and swim tracking along with improved battery life, making it the perfect companion device for athletes.

In addition, the standard Apple Watch Series 8 model as well as the Apple Watch Pro will come equipped with a new body temperature sensor. Reportedly, the feature will be able to give users a general reading rather than an exact temperature.

As for the price tag, Gurman recently reiterated that the upcoming Apple Watch Pro could ”come in at least $900 to $1,000, topping the current Apple Watch Edition.”

Lastly, we know that all models in the upcoming Apple Watch Series 8 lineup will feature the S8 processor. Last year’s Apple Watch models come equipped with the S7 chip, but the processor features the same specifications as the S6 chip, making the chip two years old.