Ahead of the official announcement for Apple Watch Series 7, new CAD renders have given us another look at what we can expect from the wearable platform’s next generation. The upcoming lineup will feature flat edges, a larger display, and improved speakers, echoing previous industry reports and rumors. 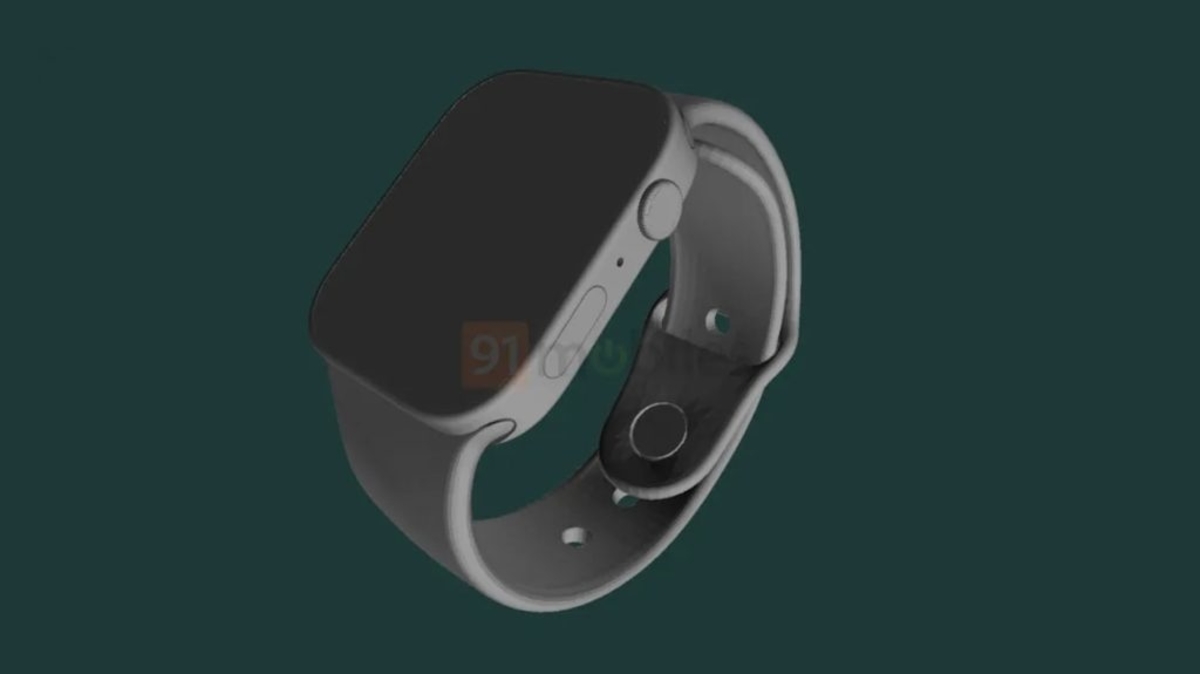 Shared by 91mobiles, the renders are allegedly based on information shared by “industry sources” and portray an Apple Watch featuring a brand new design. It seems that Apple is trading the rounded edges for a boxy flat-edged design – similar to iPhone 12.

This redesign is in line with previous images shared by Jon Prosser. In addition, Bloomberg’s Mark Gurman in June reiterated that the upcoming smartwatch model will have a new design along with a faster processor and new wireless technology. 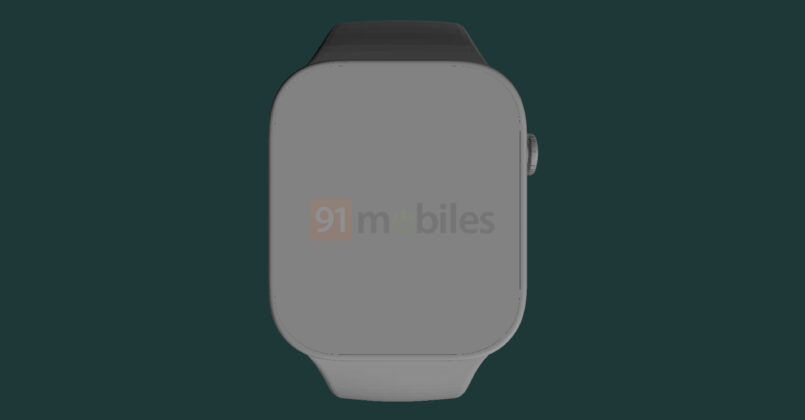 The button placement will not change with Series 7. The watch will still feature a Digital Crown along with a power button. Other than this, it is possible that Apple might be improving the speaker as there are two larger potential openings it could use.

The Apple Watch Series 7 renders show the upcoming smartwatch will have a flat sides rather than a curved frame seen on previous Apple Watch modes. The watch will have a silicone strap and it should be replaceable with a variety of options after launch. The button placement doesn’t seem to have changed as we have the Digital Crown for navigation, a microphone, and a flat selection button on the right side of the frame. The left side sees two rather large slits for speakers. On the back of the dial, we have the usual heart-rate sensor and other sensors. Like always, the Apple Watch Series should be available in multiple colours this time as well. 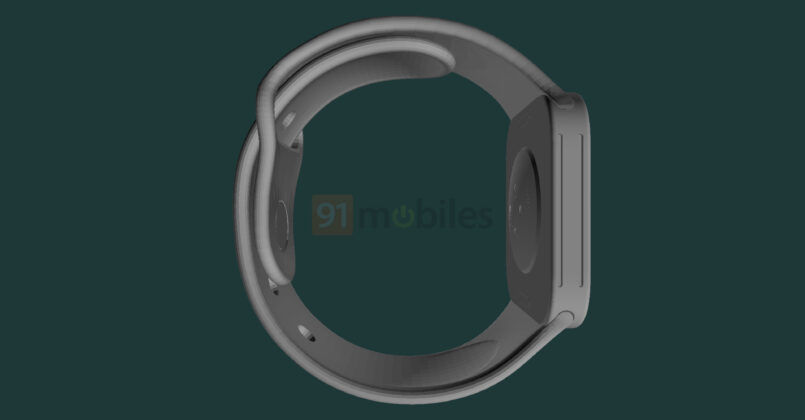 The report goes on to claim that the next-gen Apple Watch lineup will be available in a 44mm model and it would measure 44x38x9mm and feature a 1.8-inch display. In comparison, Apple Watch Series 6 44mm measured 44X38X10.7mm, so there will be a slight decrease in thickness in the upcoming models.

The Cupertino tech giant will announce Apple Watch Series 7 at its Fall 2021 event alongside iPhone 13, iPad mini 6, AirPods 3, and more. Check out a list of every hardware announcement expected at the September event here.