The new Apple Watch Ultra is marketed as an Apple Watch create for extreme environments – and it definitely lives up to that standard. In a new durability test, the flat sapphire crystal display survived an insane amount of damage without so much as a scratch.

Not only is the Apple Watch Ultra more durable than the Apple Watch Series 8, which was to be expected, but it can stand more damage than a bunch of other rugged smartwatches of the same caliber.

Sam Kohl from iupdate recently took an Apple Watch Ultra and Apple Watch Series 8 and went to town. Kohl put both devices through a bunch of durability tests such as smashing them against a concrete wall, a pole, and even a rusty metal chair. Other tests include dragging the Ultra and Series 8 against rough terrain while in a car.

As for the aftermath? The Apple Watch Ultra survived brilliantly whereas the Apple Watch Series 8 did not. While the titanium case took some damage and the actual computer hardware under the screen suffered considerably, the sapphire crystal cover survived with barely any damage. Seriously. No scratches. 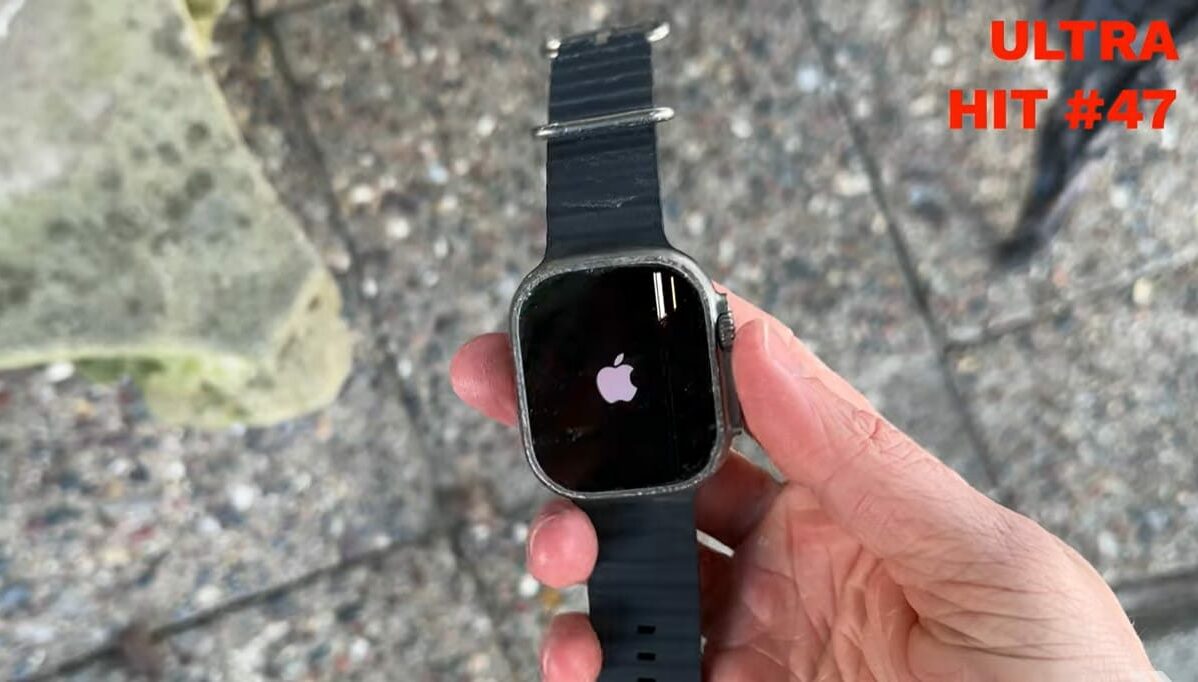 While such durability tests may seem like overkill to the average consumer, they help provide important information to the extreme athletes the Apple Watch Ultra is geared towards.

Obviously, someone who uses an Apple Watch for its health monitoring capabilities and the occasional workout won’t care about how well it holds up after being smashed against a metal poll 50 times. But, people who plan on using an Apple Watch in extreme conditions will be happy to know that the Apple Watch Ulta seems more than dependable.

The $799 Apple Watch Ultra comes in a bold design and features a 49mm titanium case and flat sapphire front crystal that reveals the brightest Apple Watch display yet.

The Watch also offers a wide range of features built for endurance, exploration, and adventure. In addition, it also features a new Action button that can be customized to launch a certain app or function and its Digital Crown is also bigger. Other tidbits include a bigger battery, giving users 36 hours of normal use, backward compatibility with older watch bands, and a new Depth app.

It is only available in one specification that includes GPS and cellular connectivity. However, customers can choose between three new watch bands: the Alpine Loop, Trail Loop, and Ocean Band.

Check out the results of the test below: