Grammy award-winning singer, Billie Eilish has partnered with Apple Music to promote the newly launched Spatial Audio for her second album ‘Happier Than Ever.” Before the launch of the album, Apple Music also allowed subscribers to pre-add all tracks to immediately start listening at its launch on July, 30. 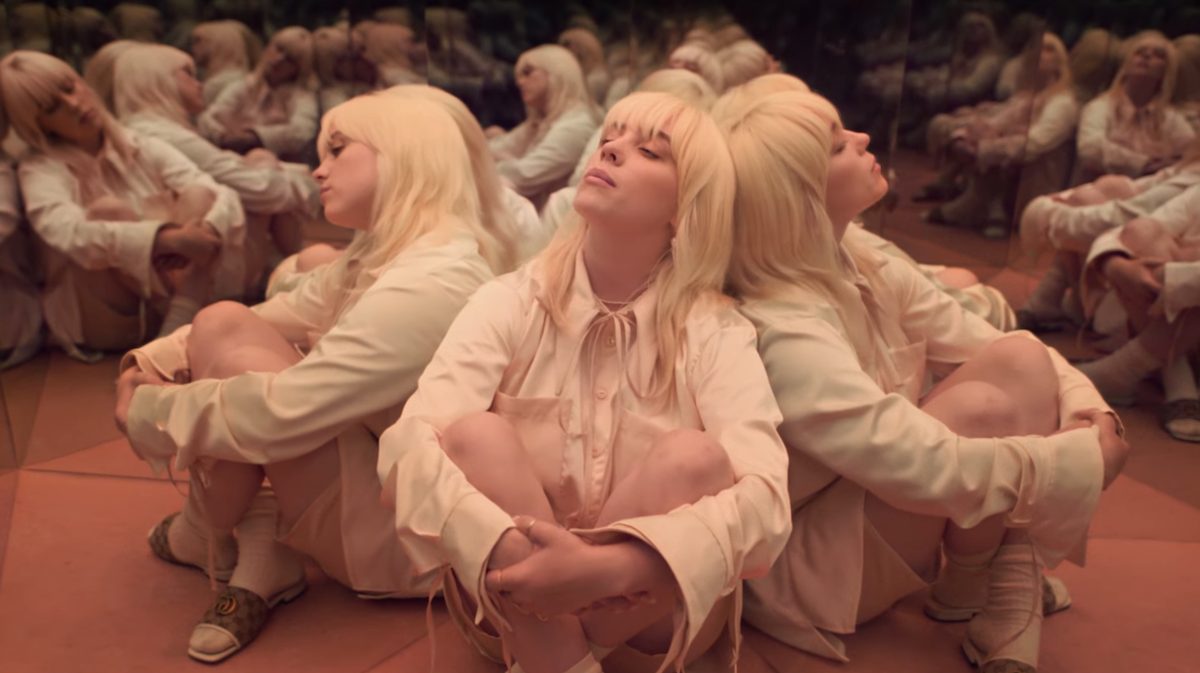 The popular singer’s docu movie on Apple TV+ “The world’s a little blurry” was a massive hit. The successful collaboration resonated with young audiences around the world, which earned Apple TV+ 33% new viewers during the first week of launch. The company also introduced limited-edition Apple Gift cards in her signature neon-green theme.

The new Spatial Audio feature with support for Dolby Atmos delivers an immersive audio experience that allows artists to mix music in a way that sound comes from all directions, around and from above. On her YouTube channel with over 42 million subscribers, Ms. Eilish announced that her second album  “Happier Than Ever” is now available in Spatial Audio on Apple Music.

Singing the song “I am getting older” in a mirrored room, the young singing sensation depicts the spatial audio surround sound listening experience with her reflection coming from all “around and from above.”
In addition, Apple Music subscribers can enjoy thousands of songs in Spatial Audio from leading artists and musicians from around the world, across all genres like hip-hop, country, Latin, pop, and classical.

Grammy Award-winning producer, songwriter, and composer Giles Martin said: “Since recording began, artists, producers, and engineers have tried to paint pictures with sound, transporting listeners to worlds they never knew existed, even when the sound came from a single speaker. Now with the dawn of immersive audio, we can take the music lover inside the music. From the feeling of hearing your favorite artist in the same room as you, to the experience of sitting directly in the middle of a symphony orchestra, the listening experience is transformative and the possibilities for the creator are endless. This is a quantum leap in technology – I have so far had the pleasure of mixing some of the greatest artists in history in Dolby Atmos. With this work I have found myself falling into albums I love. There is a unique experience of being able to fully immerse myself in music that, although is familiar, suddenly sounds new, fresh, and immediate. As a creator, it is beyond exciting that we can now share this incredible experience through Apple Music.”