Microsoft Kinect, ever since its launch, has already seen a fair share of hacking, and following the attempts from Wolfgang Herfurtner and a team of USC researchers, here is another display of a master class.

The video depicts Taylor Veltrop’s Veltrobot remote telepresence ‘bot using the PrimeSense open source Kinect drivers that track a human skeleton. These devices are equipped with Kondo KHR-1HV that is known to mirror the movements of the user. As for now, we can only witness the movements of the arms but soon this technology would ascend its range so much so that we see the entire body motions. What’s more, Veltrop has also planned on releasing an open source development kit which would surely sell like hot cakes once it is launched in the market. 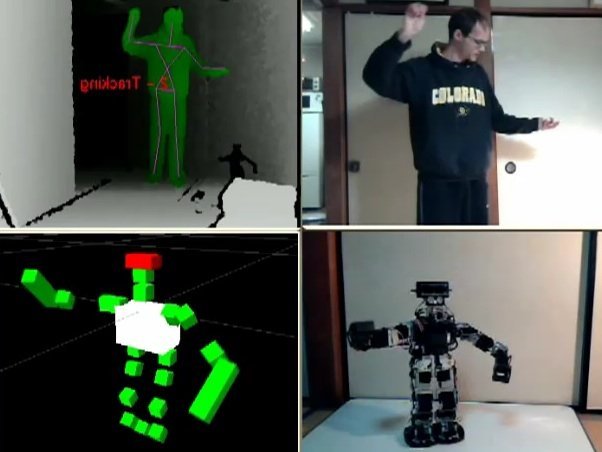 Earlier, we had reported about yet another Kinect hack which displayed an augmented image. You can view the post here.