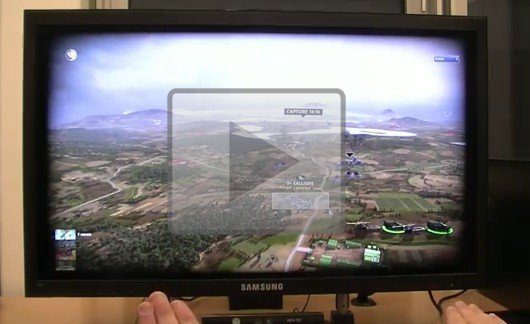 If you thought that PlayStation 3 was the only latest target on hackers’ radars, think again. Apparently, it feels as if the Xbox 360 game, RUSE is being controlled via the Kinect device but in actuality, it is a whole different story. Applying a Kinect interface to the PC version of RUSE allowed Evoluce’s multitouch and gesture computing boss, Wolfgang Herfurtner to control the gameplay via hand motions.

Notice how Wolfgang Herfurtner makes complete use of the interface with his hand motions and completely replaces the Xbox 360 controller, showing what a talent he, on his own, is. Even with this new interface applied, the visuals and display does not go down one bit; in fact, it looks a whole lot more spectacular with the gesture-based control. Not too many gamers would see this mode of control as a replacement for their PC controls, but this modern application surely does pave way for the idea of an RTS interface for consoles.

Bear in mind in mind that this is not the first time an experiment of this sort has been conducted. You may want to check out a similar successful test that was conducted for World of Warcraft here.