This is one of the most beautiful wallpapers Apple have included in the iPhone OS till date. 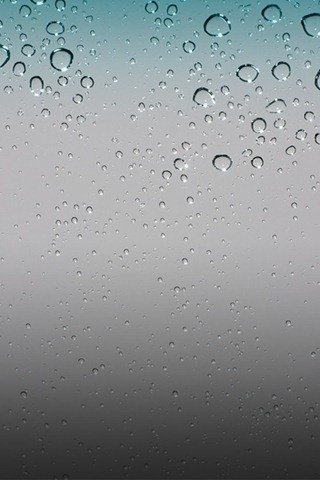 The multitasking functionality will work differently than how it works on Android. Developers will have access to multitasking services which include background audio, Voice over IP, background location, push notifications, local notifications, task finishing and fast app switching. Once developers update their apps to support these features, it will fundamentally change how iPhone works. The reason why Apple has implemented multitasking differently than Android is to avoid apps misusing CPU cycles and hogging memory. It will also help iOS devices save battery while apps are in the background.

From a user point of view, they will be able to switch between running apps by double pressing the home button. This will move up the home screen, and show the multitasking tray with app icons. Users can tap on any and the app will animate into view. Press and hold on any icon to show the close buttons. The apps can then be closed by tapping the close buttons. This will clear them from the memory and they will take longer to launch again so it is not recommended. Apple also says that it will not save any battery or memory as iPhone handles memory and processes allocation intelligently.

All this will result in more efficient multitasking without sacrificing performance. Read more about the new multitasking features in detail here.