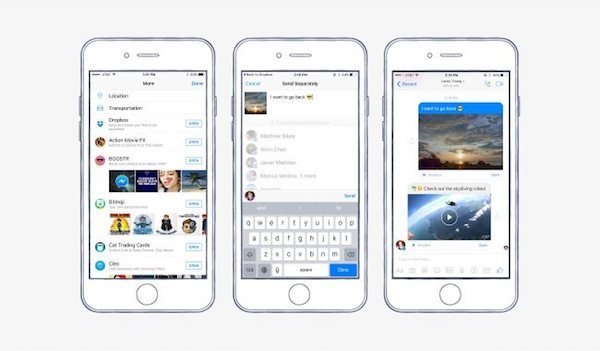 To share files, users must have the official Dropbox app installed on their iOS or Android device. Within a conversation, simply click the ‘more’ button to start shraing files from Dropbox. Videos, images and animated GIFs will get previews right inside Messenger while other file types will link the recipient to Dropbox app to preview them.

“We want people to communicate just the way they want to on Messenger, with everyone they care about,” said Stan Chudnovsky, head of product for Messenger. “Giving our users the ability to share their Dropbox videos and images in Messenger threads with just a few taps will help them bring more style and personality to those conversations.”

This should mean a major boost for Dropbox as they will get visibility in front of 900 million users. Non-users would be encouraged to download the Dropbox app once they receive files from other users.

It is interesting that Facebook did not go ahead with OneDrive, as Microsoft has always worked closely with the social network giant. Perhaps, Facebook will open up Messenger to other cloud storage providers too in the future.