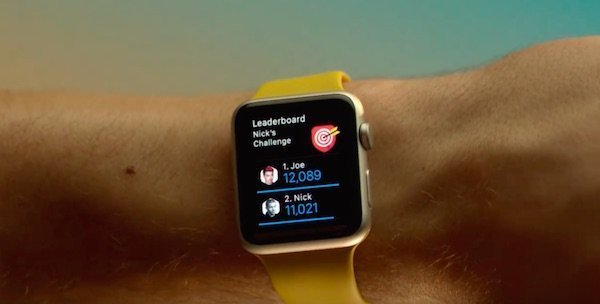 Apple has posted 7 new ads which can be seen below.

The second ad is titled ‘Chase’. It features Nick Jonas working out and checking an app’s leaderboard to see his progress against his brother Joe.

‘Swap’ shows off Apple Watch’s replaceable bands, with a black milanese loop being swapped for a sports band for a casual look.

‘Surprise’ shows off message notifications and usage of an app to control smart lights.

‘Rain’ shows off Dark Sky giving a heads up notification that its about to rain.

‘Climb’ shows the Apple Watch’s accurate heart rate tracker while the actors are working out by climbing up a set of stairs.

The ads are simple, yet informative.