Apple has released three new videos for iPhone 6s titled ‘Flip a coin’, ‘Crush’ and ‘The Camera’ which highlight Siri and new camera features. The ads also include celebrity appearances from Jamie Foxx, Stephen Curry and voice over by Selena Gomez.

Selena Gomez has already narrated a few ads before which include the official iPhone 6s launch and 3D Touch ads. Jamie Foxx also had a surprise appearance in the iPhone 6s 3D Touch ad. 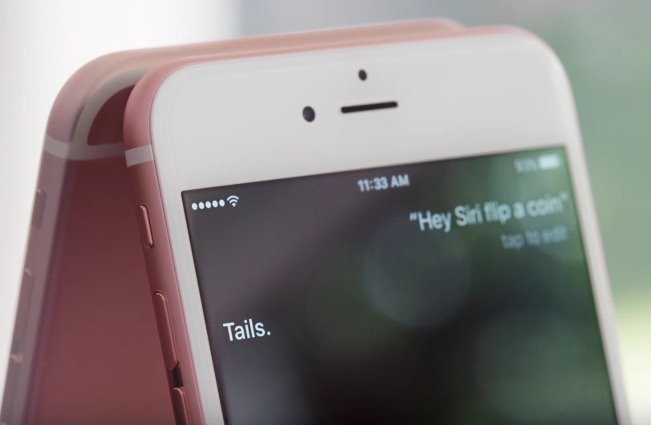 ‘Flip a coin’ ad shows Jamie Foxx asking Siri to flip a coin. It works as intended and gives the result. This ad also demonstrates the hands free Siri feature on iPhone 6s which works by just saying ‘Hey Siri’ even if it’s not plugged in to the charger.

‘Crush’ also shows off the same Siri feature with Jamie Foxx, with a different query.

‘The Camera’ is a lengthy ad compared to the first two and is narrated by Selena Gomez. Stephen Curry also nails a 3-pointer in the video. The ad shows Live Photos, 3D Touch, Slo-mo HD video capture, 4K video recording, Selfie Flash and more in iPhone 6s and 6s Plus. The ad ends with Selena saying “So yeah, that shit’s changed”.

You can bet that most competitors ads have at least one Apple product to compare against. Unlike competitors, Apple has done a great job at showing off the features and experience of using its latest smartphone.

So yeah, that shit’s changed.