Pangu 9, the latest jailbreak for iOS 9 to iOS 9.0.2, gets an update to version 1.2.0 which brings some bug fixes. For existing users, the bug fixes are available as updates on Cydia for Pangu 9.0.x Untether and Patcyh, avoiding the need for existing jailbroken users to re-jailbreak their iOS devices.

Pangu has really taken the iOS world by storm. With the timing of its release matching iPhone 6s and the number of new features ported back via jailbreak tweaks, there has never been a better time to have Cydia on your iOS device. Features like picture-in-picture, slide-over, split view, 3D Touch, Live Photos, 3D Touch trackpad and other such features have been ported to all unsupported iOS devices in one form or the other. 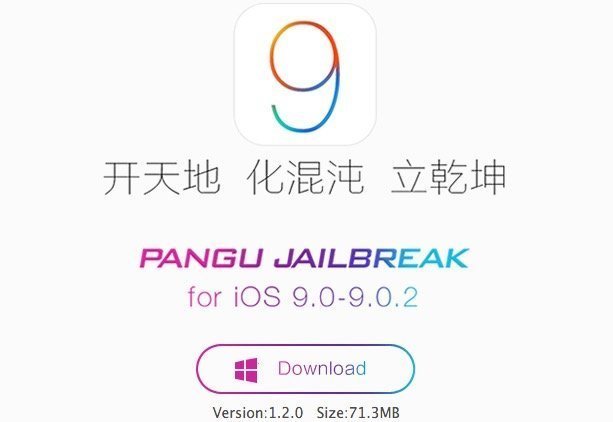 Pangu has received a few updates since its release so far. Version 1.1.0 was release last week with some bug fixes and performance improvements.

Pangu does not work with iOS 9.1 as the security vulnerabilities used by the jailbreak have been closed by Apple. There is no timeline yet as to if and when iSO 9.1 will be jailbroken. If you are on iOS 9.1, you can downgrade to iOS 9.0.2 to jailbreak your iOS device again, as long as Apple does not stop signing the firmware.

Pangu is available for Windows while the Mac version is still a work in progress.