Pangu team has demonstrated an iOS 10 jailbreak at Mobile Security Conference 2016. They showed a screencast of Cydia running on an iPhone running iOS 10, which is currently available as a developer beta. Rumors from the conference also say that an iOS 9.3.2 jailbreak will also be released this week by Pangu.

iOS 10’s first beta was released a few weeks back at WWDC 2016. ih8sn0w was quick to put up a video of an untethered iOS 10 jailbreak but did not announce any release date. At this stage, where iOS 10 is only at developer beta 1, it would be very risky to release a jailbreak as Apple is actively working on the operating system and would close down the exploit quickly. Pangu team would know better to not pull off such a move. 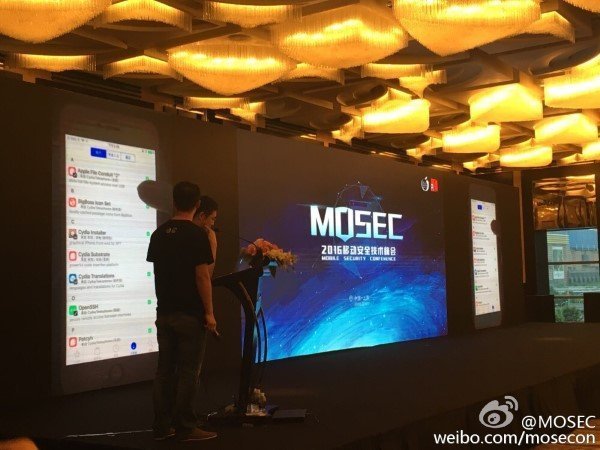 On the iOS 9.x side of things, a userland jailbreak was demoed by Luca but considering his track records of just demoing exploits, it is unlikely that he will ever release anything.

Pangu has a history of demonstrating their jailbreaks and exploits at events and have released a number of jailbreaks before for public usage. The last jailbreak for iOS 9 was released by Pangu too. While some people are claiming that the rumors of an upcoming iOS 9.3.2 jailbreak might be incorrect, let’s wait and see.

Some might argue that jailbreaking is not so popular anymore as Apple has added a number of tweaks with every major iOS release, which has killed many popular tweaks. Many features in iOS 10 such as the new notifications, 3D Touch on icons and control center, rounded corners throughout the user interface, raise to wake and more were previously available as tweaks installable via Cydia.