Skip to content
Apple has dropped the final build of Mac OS X Snow Leopard v10.6.5 today and as expected iOS 4.2 AirPrint support from Mac has in fact been removed. Though Steve Jobs has continued to deny the fact that AirPint has been pulled from OS X, yet it isn’t there which is according to some reports most likely due to certain patent conflicts. However, a developer named Steven Troughton-Smith, has found a way to enable this feature again on the latest OS X build. 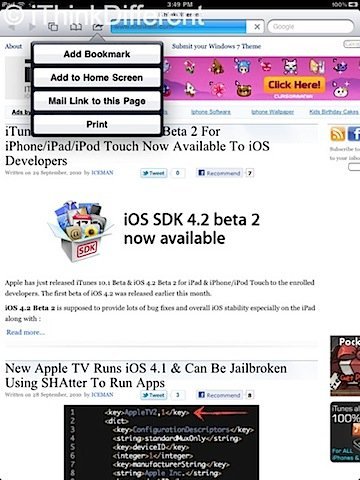 Follow these steps to get AirPrint support back on your Mac OSX v10.6.5:

Step 1: Obtain the following three files from pre-release builds of OS X 10.6.5: (you can obtain them from google or from any peer-to-peer file sharing portal)

Step 2: Now copy and replace the above files to your current build

Step 4: Thats it, now you can print through iOS 4.2 via your printer on Mac OS X!

( Note: You need to remove any printer and then re-add your printer in ‘Print & Fax preferences’ after replacing the above files. )

You can check out AirPrint and all the upcoming features in our exclusive iOS 4.2 sneak peak which is due to be released publicly by the weekend (possibly on Friday).